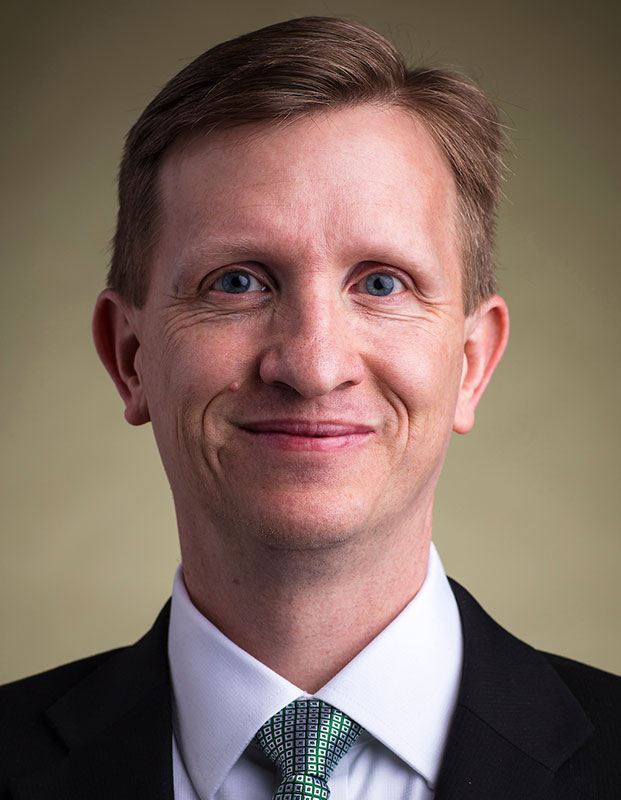 Matthew Wilson was named the 17th President of The University of Akron by unanimous vote of The UA Board of Trustees on Oct. 19, 2016, after having served as interim president for about three months. As president, Wilson has consistently placed students first while emphasizing academic quality, innovation, research, globalization, entrepreneurship, flexibility in programming, and affordability.

In his first year as president, Wilson led a collective effort that resulted in: the elimination of a projected $30 million budgetary shortfall and the addition of $12 million to institutional savings; an increase in new freshmen enrollment in Fall 2017 exceeding 8 percent over the previous year; record enrollment in the Williams Honors College; and improved retention rates. He devised and implemented a unique “guaranteed” scholarship program that awards automatic scholarship upgrades to undergraduate students once they reach 30, 60, and 90 credits. The public have embraced this innovative scholarship. Wilson has also enhanced administrative transparency, improved relations with representative bodies of the faculty and bargain units, participated in a successful Higher Learning Commission accreditation review, reinvigorated the University’s international learning capabilities and resources, and facilitated the establishment of a varsity esports team at Akron. During his tenure, alumni and donor activity have exhibited signs of improvement as well.

Before his presidency, Wilson served as dean of The University of Akron School of Law from 2014-16. Under his leadership of Akron Law, Wilson implemented innovative and creative programming together with increased opportunities for practical learning and international engagement. During his tenure, first year student enrollment jumped about 40 percent bucking a national trend of declining law school enrollment. During this same period, Akron Law received a first-time, tier-one overall ranking (2015 Above the Law), several Top 25 specialty rankings, and various national awards. Wilson also led planning, oversight and fundraising for a debt-free, $21 million comprehensive renovation of the law school facilities. In addition, Wilson still teaches international business law, oversees the law schools unique study abroad program in Japan and South Korea, and personally coaches the ABA client counseling lawyering skills teams at the law school. His Akron Law teams were regional champions in both 2016 and 2017, and advanced to the national championships where they finished in 3rd place in the nation in 2016 and in the top 10 in 2017.

Prior to his time in Wyoming, President Wilson served as senior associate dean and general counsel for Temple University’s comprehensive Japan campus in Tokyo. There he oversaw academic, administrative and legal matters related to all undergraduate, graduate, professional and non-degree programs. He also served as law professor and director of Temple’s Law Program in Tokyo, where he implemented new marketing strategies, diversified curriculum offerings and modified program structures. During his six years in this post, the Law Program recorded a nearly four-fold increase in enrollment and revenues.

President Wilson has published articles and books both in English and Japanese since 2004, and most recently in 2016. In Japan, Wilson assisted the Japan Federation of Bar Associations with lawyer training for Japan’s new jury trial system and served as an interviewer and external evaluator for the Japan – U.S. Fulbright Program. In South Korea, he held an appointment as an international scholar at Kyung Hee University Law School in Seoul from 2011-14. In China, Wilson holds an honorary professorship at Henan University.

President Wilson earned a B.S. in Political Science and a B.A. in Asian Studies, with a minor in Japanese, at the University of Utah in 1995, and a Juris Doctor at the Temple University Beasley School of Law in 1999. Wilson has also worked as an attorney in Florida, New Jersey, and Japan. In addition to his higher education and legal career, Wilson has worked for several companies in Japan including a hydrological and meteorological instruments manufacturer and a large electronics maker.

He resides in Hudson with his wife, Noriko, and three sons. His oldest daughter lives in the Rocky Mountain region with her husband and two children. His oldest son just recently returned from two-years of volunteer missionary work in South Korea. In his spare time, Wilson plays basketball, baseball, golf, bowling, and tennis with his children and with Akron students.