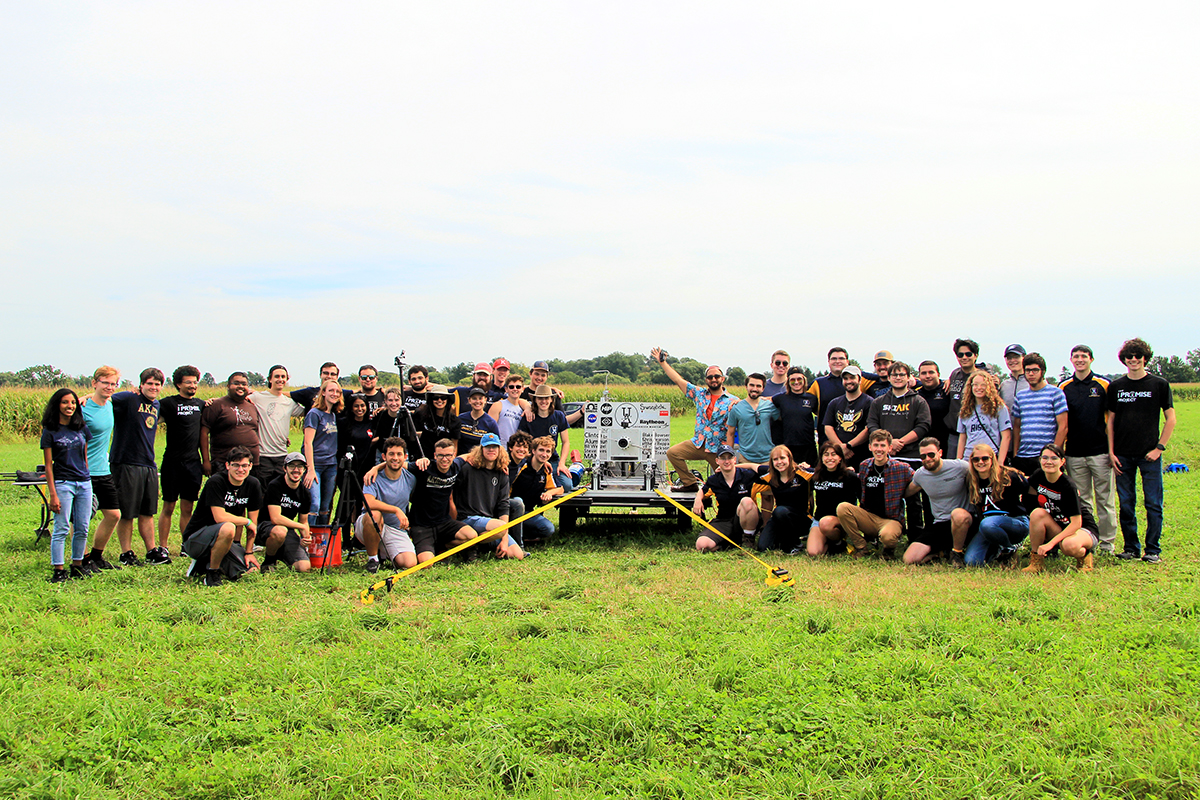 Spectators gathered at a quiet field in Amherst, Ohio to watch the test from a safe distance of 400 yards away. The team, led by mechanical engineering major and President Riley Myers, set-up cameras near the test stand and live streamed the video to a control room where friends and teammates watched. People watched online as well — the livestream received over 500 views on YouTube.

“This test was the result of over two years of hard work from dozens of people, including several that have graduated before seeing their efforts materialize,” says the team’s Vice President, Dillon Petty. “It is rare to be successful in the first attempt and we did it!”

During a hot fire test, propellants (fuel and oxidizer) each flow from the rocket’s propellant tanks, through the feed system and to the injector. From there they are mixed, atomized and combusted, which results in thrust. Simultaneously, the control systems are actuating valves, collecting data and checking if the test needs to be aborted due to off-nominal sensor readings. The next steps for the team are reviewing the data and designing the launch vehicle for the first flight of this engine.

Most collegiate rocket teams use solid propellants — not liquid — to fuel the rocket. Liquid rocket engines are more difficult to design and build and are hard to achieve at the collegiate level due to their difficulty and resources required. Liquid rocket engines are more widely used in the space industry compared to solid motors because of their reusability and ability to be throttled or turned off.

Liquid rocket engines will be used in NASA’s SLS and the Orion spacecraft that is a part of the upcoming Artemis 1 mission, the first of many launches that will take the next man and first woman to the moon.