The Honorable Joan L. Larsen, a judge of the United States Court of Appeals for the Sixth Circuit, will deliver the keynote address at the celebration of the 100th anniversary of the founding of The University of Akron School of Law on Saturday evening, Oct. 23, at E.J. Thomas Performing Arts Hall on the University campus. Her talk will begin at 5:30 p.m. The event is free and open to the public. Free parking is available at E.J. Thomas Hall. 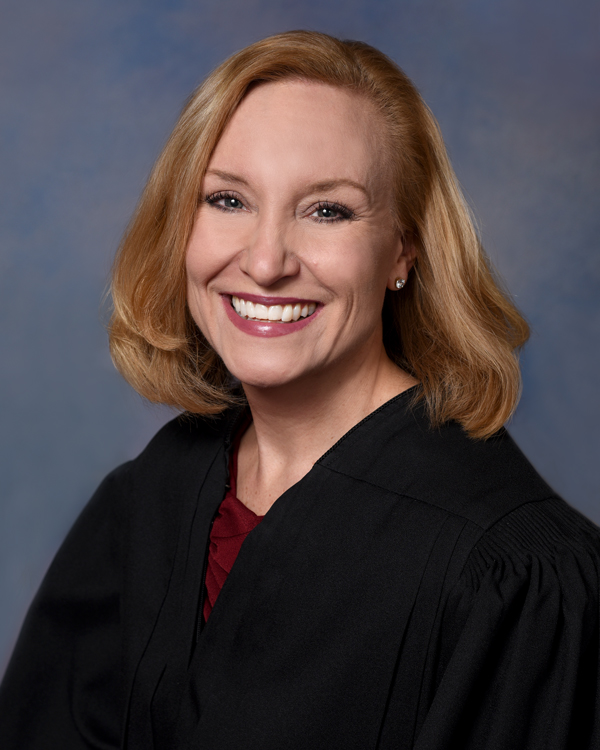 “We are delighted to have such a prominent and thoughtful jurist deliver our Centennial Keynote,” Akron Law Dean Christopher (C.J.) Peters said. “As a former law professor and law clerk to the late Justice Antonin Scalia, Judge Larsen brings to the bench a deep commitment to informed debate on important legal issues. It is always worth engaging with Judge Larsen’s views. I very much look forward to her remarks.”

Judge Larsen was nominated to the Court of Appeals by President Donald Trump on May 8, 2017 and confirmed by the Senate on Nov. 1, 2017. Before her appointment to the federal bench, Larsen served two terms as a Justice of the Michigan Supreme Court, where she was the court’s liaison to Michigan’s drug, sobriety, mental health and veteran’s courts.

In fall 2020, she was widely reported to be one of a small group of female lawyers on President Trump’s short list to succeed Ruth Bader Ginsberg on the U.S. Supreme Court.

Before becoming a judge, Larsen was a faculty member at the University of Michigan Law School, where she was also Special Counsel to the Dean and received the L. Hart Wright Award for Excellence in Teaching. Her research and teaching interests included constitutional law, criminal procedure, statutory interpretation, and presidential power. She continues to assist the law school as the adviser to the Henry M. Campbell Moot Court Competition.

Larsen began her legal career as a law clerk to the Hon. David B. Sentelle of the United States Court of Appeals for the D.C. Circuit and to Justice Antonin Scalia of the Supreme Court of the United States. Following her clerkships, she joined the law firm of Sidley Austin, where she was a member of the Constitutional, Criminal, and Civil Litigation Section. She later served as Deputy Assistant Attorney General in the United States Department of Justice, Office of Legal Counsel.

For more information about the law school Centennial, including about other events, visit uakron.edu/law/100.