Dr. Sadhan Jana, Benjamin Franklin Goodrich Endowed Chair and Professor in UA’s School of Polymer Science and Polymer Engineering, has been admitted as a Fellow to the Royal Society of Chemistry (RSC), the United Kingdom organization recently announced.

RSC members are eligible to become a Fellow if they have been in a senior position for more than five years and their efforts have made an impact in any field of the chemical sciences. The RSC provides an internationally recognized framework for career development, shared resources and events that allow interdisciplinary collaboration, and set standards to help its members succeed in the chemistry field.

The RSC maintains professional qualifications and sets high standards of competence and conduct for professional chemists. It provides a wide range of services and activities of value both to members and the community.

Recognition for contributions to chemical sciences

Jana joined UA in 1998 after working at the General Electric Corporate Research and Development Center in Schenectady, N.Y. Over the past 23 years, Jana’s research team has made contributions to several areas of research.

In the last decade, his research team advanced the scientific basis for the introduction of natural fillers in tire-tread compounds for lowering of rolling resistance in vehicle tires and for the high throughput production of fluffy polymer nanofibers using the force obtained from turbulent jets. Jana’s research has also developed the framework of polymer aerogel filter materials in the removal of airborne nanoparticles with close to 100% efficiency without adverse effects on air permeability. 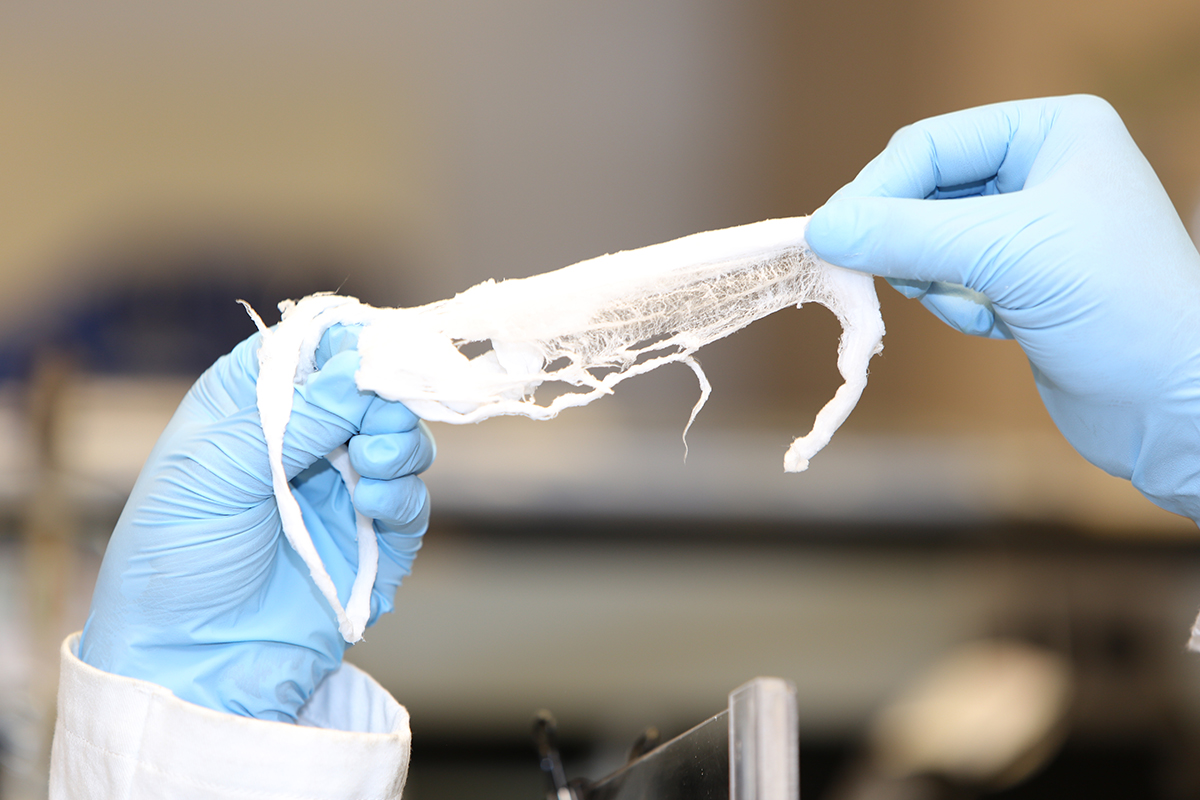 Some applications of Jana’s research include aerogel liners for face masks for inner liners of personal protective clothing to mitigate ingress of nanoparticles into human body, and solid polymer gel electrolyte separators for high temperature lithium-ion batteries. The work by Jana’s research group has been reported in nearly 140 peer-reviewed journal publications and book chapters.

Achievements as a researcher

Jana has received several honors and awards from scientific organizations, including the Prof. N.R. Kamath & Mrs. Ruzena Kamath Memorial Award from the Indian Institute of Chemical Engineers (2017); George Stafford Whitby Award for Distinguished Research and Teaching, Rubber Division from the American Chemical Society (2017); and the Fred E. Schwab Education Award, Society of Plastics Engineers (2010). In 2008 he was admitted as a Fellow into the Society of Plastics Engineers.

In addition to his academic titles, Jana serves as the executive editor of four technical peer-reviewed archival journals of the Society of Plastics Engineers. He is also on the editorial boards of three international journals.