Dr. Tianbo Liu named a Fellow of the American Association for the Advancement of Science 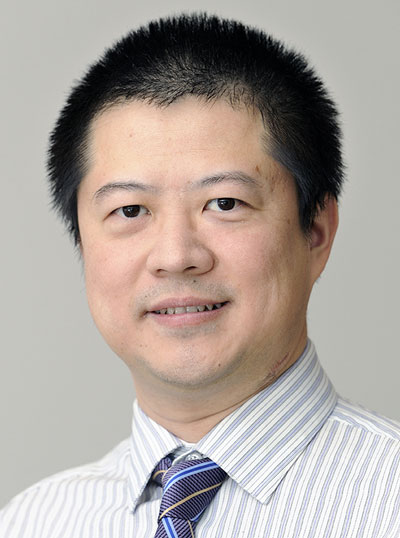 Dr. Tianbo Liu, A. Schulman professor of polymer science in The University of Akron’s School of Polymer Science and Polymer Engineering, has been named a Fellow of the American Association for the Advancement of Science (AAAS). Election as an AAAS Fellow is an honor bestowed upon AAAS members by their peers because of their scientifically or socially distinguished efforts to advance science or its applications. Liu joins nearly 500 members this year who have earned the lifetime distinction of AAAS Fellow.

As part of the Chemistry section, Liu was elected “for his fundamental contributions to the development of the field of macroionic solutions, which fill the gap between simple ions and colloids.” Liu’s progressive research focuses on the physical chemistry of complex polymer solution systems including macroions, inorganic-organic hybrids, colloids/nanoparticles, surfactants, polyelectrolytes, block copolymers and biomacromolecules.

Liu received his Ph.D. in Chemistry from Stony Brook University in 1999. After serving as a postdoctoral associate at Stony Brook, he started his independent research career in the Physics Department of Brookhaven National Laboratory. In 2005 he transitioned to Lehigh University as an assistant professor of chemistry and was later promoted to associate professor in 2009 and full professor in 2012. During his time at Lehigh he received an NSF Career Award, the Eleanor and Joseph F. Libsch Early Career Research Award and was named an Alfred P. Sloan Foundation Fellow. In 2013, Liu joined UA as the A. Schulman Professor of Polymer Science and was appointed chair of the Department of Polymer Science in 2018. He completed his duty as chair in Sept. 2020 when the department was merged into the new School of Polymer Science and Polymer Engineering.

The AAAS Fellow title recognizes important contributions to STEM disciplines, including pioneering research, leadership within a given field, teaching and mentoring, fostering collaborations and advancing public understanding of science.

A virtual induction ceremony for the newly elected Fellows will take place on Feb. 13, 2021, the Saturday following the AAAS Annual Meeting. The honorees will receive official certificates and rosette pins in gold and blue, colors symbolizing science and engineering, by mail.

AAAS is the world’s largest general scientific society and publisher of the journal Science, as well as Science Translational Medicine; Science Signaling; a digital, open-access journal, Science Advances; Science Immunology; and Science Robotics. AAAS was founded in 1848 and includes more than 250 affiliated societies and academies of science, serving 10 million individuals. The nonprofit AAAS is open to all and fulfills its mission to “advance science and serve society” through initiatives in science policy, international programs, science education, public engagement, and more.