The moment when third-year School of Law student Ashley Lanz started down the path that would lead her to law school, she was sitting in a police cruiser.

“I was on a ride-along with a police officer as part of my plan to become a police officer myself after I graduated,” said Lanz. “My father was a police officer, and I was in my final year studying criminal justice at the University of Wisconsin-Platteville. We had pulled someone over because there was stuff blowing out of their boat, and I will never forget, the gentleman in the passenger seat looked back at me and asked, ‘Oh, is it Take Your Kid to Work Day?’

“I thought, at this time next year, I would be the one pulling them over. That’s when I realized maybe I looked a little too young for this job.”

Flash forward three years to the Summit County Courthouse, where there are probably a few people thinking that maybe Lanz looks a little young for the job as she handles felony cases before a judge.

When Lanz applied for her legal intern certificate ahead of a summer 2017 internship at the Summit County Prosecutor’s Office, she actually read the fine print — Rule II, Section 5 (C )—which said: “A legal intern may provide representation in civil and administrative actions, misdemeanor and felony cases, or juvenile matters….”

Turns out, in 2009 the Ohio Supreme Court had expanded the limits of what legal interns could do, but no one seemed to be aware of it. Phone calls to other county prosecutors around the state did not find any that had allowed an intern to handle lower-level felonies.

Following Lanz’s well regarded performance during the summer and fall 2017 and spring 2018, the prosecutor’s office affirmed that she could begin handling fourth- and fifth-degree felony cases with only limited supervision when she returned to her internship this September.

Lanz is believed to be the first law school intern in the state to be given this level of responsibility.

“Because of Ashley’s good work, we thought it would be a good opportunity to expand her responsibilities while at the same time giving some assistance to our trial attorneys,” said Summit County Prosecutor Sherri Bevan Walsh in a written statement. “She is a hard worker and very knowledgeable.”

“I basically do everything that a full attorney does,” said Lanz. “I just need my supervisor to sign any documents, such as a motion.

“It can be a challenge looking younger,” she added. “But in fact, many defense attorneys have assumed I was an actual attorney based on my work and the way I carry myself, until I corrected them.”

Lanz’s initial revised plan after the ride-along epiphany was to get a master’s degree with an eye toward federal law enforcement. It was right around then that someone asked her if she had ever thought about law school.

“People had told me multiple times that I would probably do well in law school, but I never actually considered it. And then I said, ‘Heck, I’ll try it. I’ll study for the LSATs, and if I do well, I’ll go to the next step.’”

She applied to 12 different schools. “That was too many, but I didn’t know how my degree would compare with other students, so I cast my net wide. I ended up getting accepted to all 12.”

Akron Law made the first cut, but Lanz almost bypassed it, because she really loved the first school she visited — Mitchell Hamline in Minneapolis — which was a lot closer to home.

“But as we got on the interstate [after visiting Akron Law], I remember saying to my parents, ‘I liked that place a lot more than I thought I was going to.’ And both my parents said the same thing.”

Now she plans to stay in Ohio for a long time.

Lanz likes that the courthouse is only a few blocks away from the campus.

“I knew I wanted to be in the courtroom all the time,” she said. “I always liked theatre when I was younger, so I was comfortable with public speaking.”

She also likes Akron Law’s strong trial advocacy program — which Lanz further elevated this fall when her trial team took second place in the nation at the Tournament of Champions mock trial competition in Philadelphia.

“I went to that tournament last year with one of the same team members as this year, and we didn’t do nearly as well,” she recalled. “This year, you could just tell we had gained so much experience. We were coming out of rounds going, ‘That was really their best team?!’ And we’re going up against schools like Baylor, which is a trial law school — that’s their specialty. And we swept them 3 to 0.”

Right now, Lanz said, she likes working on the lower-level felony cases. “When you get into higher-level felonies, you can’t just send them back to the community and say, ‘Try to be better.’

“But when it is the lower stuff, you can try to break that cycle. And sometimes we see that happen. Those are the few happy moments that make it worth it. Obviously, you’re happy if you get a conviction, because you’re getting justice for the victim. But it’s also sad, because you’re putting someone in jail or penalizing them. When it’s something where there isn’t a sad moment, that’s rare.” 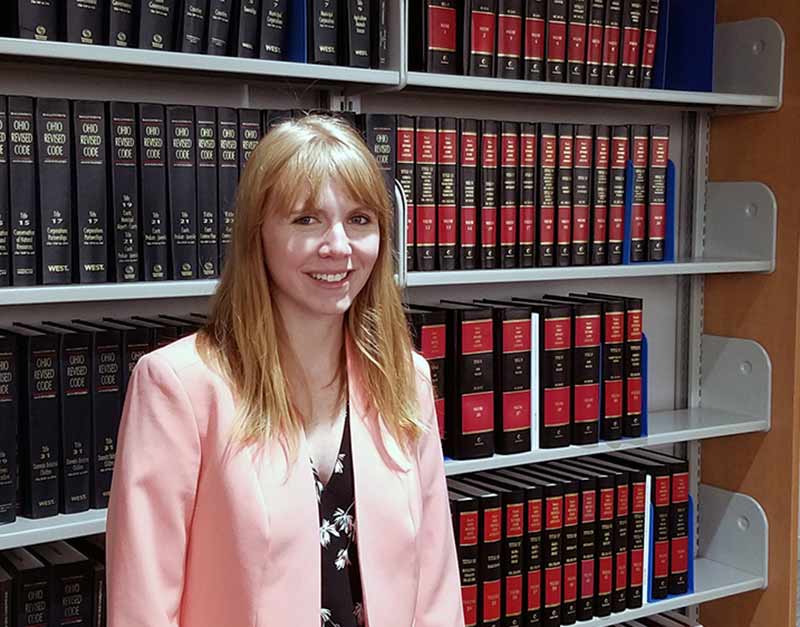