Professor shares candid snapshot of life on an archaeological dig 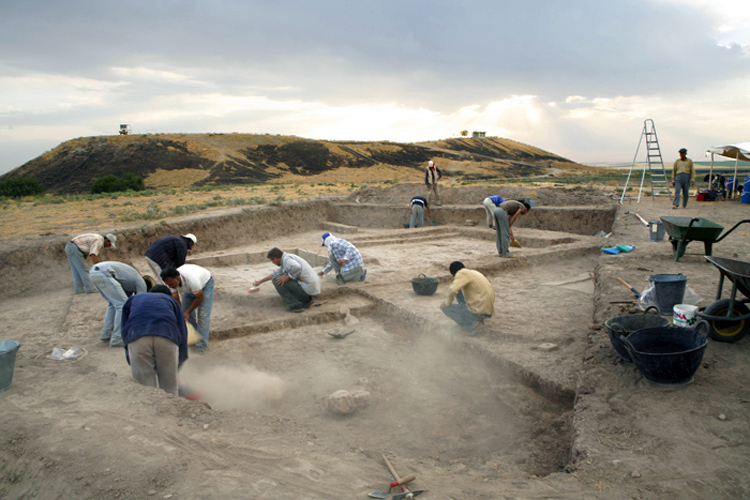 This 2007 photo shows the areas of archaeological excavation at Ziyaret Tepe.

You can visit the Department of Anthropology and Classical Studies online or read more about Dr. Timothy Matney's work at Local archaeologist leads expedition to 3,000-year-old find.

Now in its 15th year, the Ziyaret Tepe Archaeological Expedition began in 1997 with a small team of archaeologists conducting surface survey and topographic mapping. Today, Matney leads a team of nearly two dozen archaeologists and specialists who carefully select three or four different areas each year for intensive scientific excavation.

According to Matney, "In 2011, we are digging in one area of the site that has long been part of our excavations, namely the "Bronze Palace" on the high citadel mound. "Additional focus areas will include parts of the town that surrounds the citadel."