University of Akron names Charles Guthrie as director of athletics 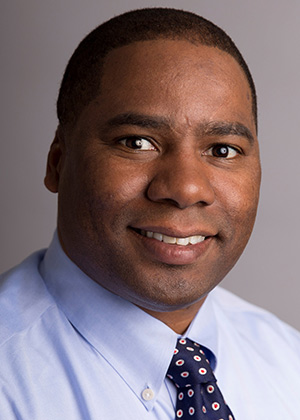 Charles Guthrie will be The University of Akron's next director of athletics.

President Gary L. Miller announced today that Charles Guthrie has been named director of athletics, effective July 1, 2021. His appointment is pending approval by the University Board of Trustees. He will replace Larry Williams, who has served in the position since 2015.

Guthrie will join UA from the University of Wisconsin-Green Bay, where he has served as director of athletics since late 2017. At UW-Green Bay, Guthrie has led a department of coaches, staff and more that 240 student-athletes competing in 14 NCAA Division I athletic programs as a member of the Horizon League Conference.

At UW-Green Bay, his responsibilities include strategic, operational and financial planning; extensive external relations and fundraising programs in coordination with University Advancement; compliance and academic achievement; staff and coach development; and relationship building with campus and community constituents.

“Charles is a proven partner who will bring to campus an incredible energy and a solid commitment to the success of our student-athletes, said Miller, who also previously hired Guthrie as athletics director when he was chancellor of UW-Green Bay. “His strong background in fundraising, revenue generation and fiscal management will be true assets as we further our promise to reshape athletics moving forward.”

“I’m honored and appreciative for the opportunity to join President Miller, The University of Akron leadership, faculty, coaches and staff in their steadfast commitment to deliver Akron student-athletes a transformative experience in the classroom and in competition,” said Guthrie. “I promise a relentless pursuit of excellence in everything we do. I look forward to collaborating with our campus community to deliver our students, alumni, fans and the city of Akron experiences that unite us and make Zips Nation proud.”

Prior to his role at UW-Green Bay, Guthrie served as the director of athletics at San Francisco State University where accomplishments included securing the largest one-time athletic gift and more than doubling the amount of athletics scholarship dollars; a record number of student-athletes achieving a 3.2 or greater GPA for during the fall 2016 semester; the men’s basketball team reaching the NCAA Tournament for the first time in 23 years and the women's track program winning the NCAA National Championship in the outdoor 4x400m with 11 student-athletes being named All-American.

Among those who will miss Guthrie’s presence in Green Bay is friend and mentor Mark Murphy, president and CEO of the Green Bay Packers. “I’ve known Charles since we worked together at Colgate in the mid-1990s, said Murphy. “We’ve kept in touch over the years and it was great to reconnect with him here in Green Bay. The student-athletes and coaches at The University of Akron will love working with Charles. He has a passion for athletics that’s contagious. He’ll build The University of Akron into a powerhouse in the MAC.”

The Albany, N.Y., native earned his bachelor’s degree in Political Science from Syracuse University and a master’s degree in Education Administration and Policy Studies from the University of Albany. Guthrie and his family are looking forward to the move to Akron.