Toxic algae blooms are nothing new to Lake Erie, which is the shallowest of North America’s five Great Lakes. In fact, 400,000 residents in Toledo were told in 2014 not to consume the city’s drinking water that comes from Lake Erie after the discovery of microcystin, a toxic product of algae blooms that formed in the ugly blue-green water.

In an effort to control Lake Erie’s algae blooms, a team of University of Akron researchers is developing a device that uses shallow subsurface soil spectroscopy technology to help pinpoint the source of the nutrient runoff that contributes to the harmful algae blooms that have been plaguing Lake Erie in recent years. The technology is able to provide detailed maps that can help people limit harmful level of nutrients in runoff from their land (drainage ditches and cover crops), resulting in cleaner water in downstream waterbodies. 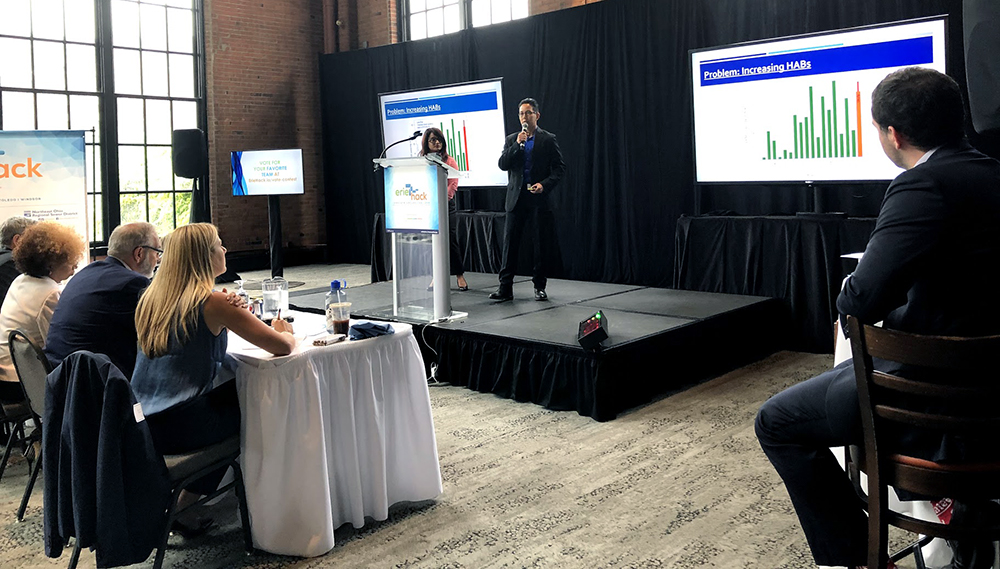 The project was part of the Cleveland Water Alliance’s Erie Hack 2.0, an innovation challenge that accelerates technology solutions to Lake Erie’s most pressing problems. The team – S4 (short for shallow subsurface soil spectroscopy) – was one of nine teams that presented its innovation to a panel of judges during Erie Hack’s final competition event on June 20 at Windows on the River in Cleveland. The group was led by Dr. David Perry, professor emeritus of chemistry; and Dr. Linda Barrett, associate professor of geosciences. S4 made it through the regional semifinal round June 5 in Detroit, but did not win the final event.

S4’s device consists of a probe that is inserted into soil and records the amount of light reflected from the soil in visible and infrared wavelengths, which are converted into absorption spectra. The spectra can help determine the chemical composition of the soil for a variety of different components of interest, such as phosphorus and nitrogen. After inserting the probe at multiple locations in an area, the device provides a 3D map of the components. The on-site analysis speeds up the process of creating maps without needing to send samples to a lab. 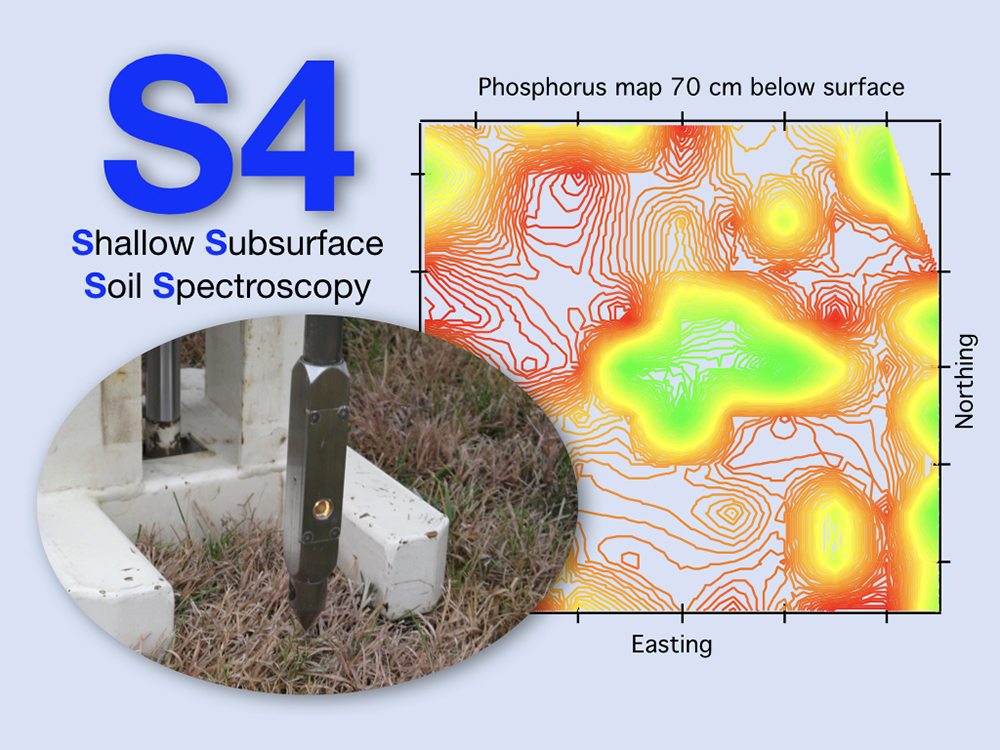 The S4 device uses shallow subsurface soil spectroscopy technology to help pinpoint the source of the nutrient runoff that contributes to the harmful algae blooms plaguing Lake Erie. The technology is able to provide detailed maps that can help people limit harmful level of nutrients in runoff from their land (drainage ditches and cover crops), resulting in cleaner water in downstream waterbodies.

“Since phosphorus in runoff from agricultural lands is a known contributor to harmful algae blooms in Lake Erie,” Barrett said. “We envision using our device to map the phosphorus content of soils at the source, especially in buffer zones that have been planted around agricultural fields and in and around drainage ditches. By knowing the source of the nutrients, land managers can make changes to their practices that will eliminate the nutrients at the source.”

The device can be used to benefit other lakes or waterbodies where nutrient-rich runoff from the surrounding area poses a threat to the waterbody. While agriculture is known to be a source of the nutrients, it will be helpful to know in more detail where, exactly, the problem areas are so that changes can be made that will eliminate the problem at the source.

At a higher level, the S4 device can find any of thousands of chemicals in the soil, so the S4 technology could be used for a wide variety of applications, such as environmental waste or anything that leaves a chemical trace.

S4 Mobile Laboratories evolved from a working group at UA that was formed several years ago to work on the application of shallow subsurface soil spectroscopy to find archaeological features in soil. Private investors have contributed modest startup funding to the company. Previously, the team had funding from the National Science Foundation through UA’s I-Corps program for developing the application to finding clandestine human burials (i.e., murder victims).