As part of The University of Akron’s sesquicentennial celebration — honoring 150 years of our people, place and promises — we are hosting a “Celebration of Academic Excellence” to highlight the history and future of our colleges and academic disciplines.

Today we’re looking at the history and achievements of UA’s oldest college, the Buchtel College of Arts and Sciences.

“A complete college course of four years, equal to that of the best Classic Institutions in the country.” 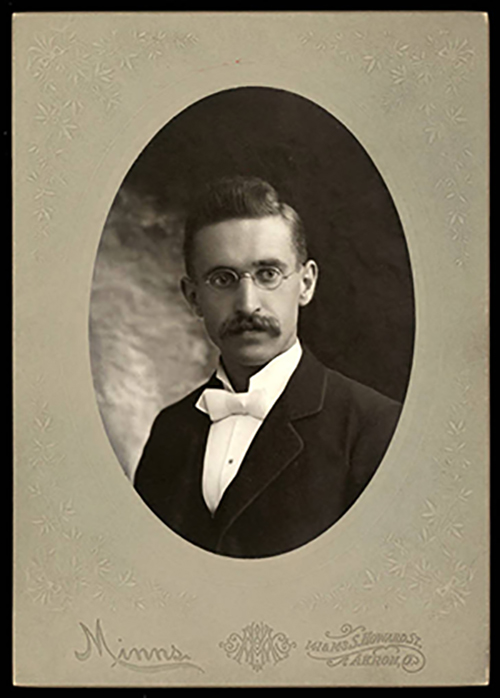 Such was the description of the “Classical Course” curriculum in Buchtel College’s “Catalogue for the First Academic Year,” issued for the institution’s very first class of students.

Indeed, admission standards for the Classical Course degree program included knowledge of Latin and Greek and were comparable to those of Yale. Students in the Classical Course received a comprehensive liberal arts education in ancient and modern languages, literature, philosophy, history, mathematics and natural sciences. 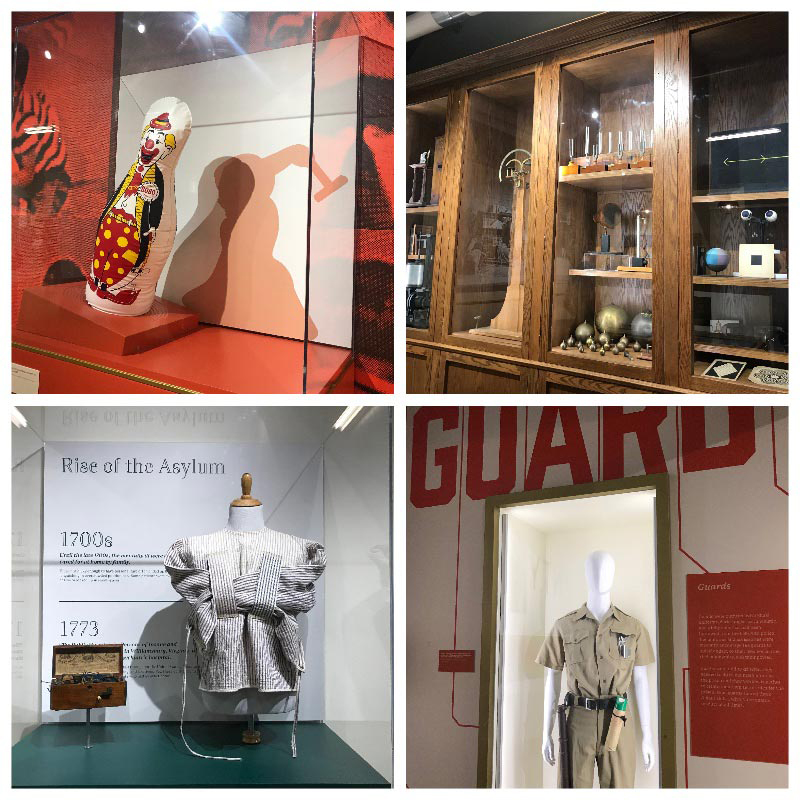 In 2018, UA opened the National Museum of Psychology — the only museum of its kind in the country — in the Cummings Center.

The college achieved one of its earliest distinctions when Dr. Charles M. Knight offered the world’s first rubber chemistry courses in 1909. That pioneering program was so well regarded that, during World War II, the U.S. government called upon the University to help develop synthetic rubber to aid the Allied powers. In 1959, the chemistry department again attracted national attention, this time by producing the first experimental chemistry films used in a regular curriculum. 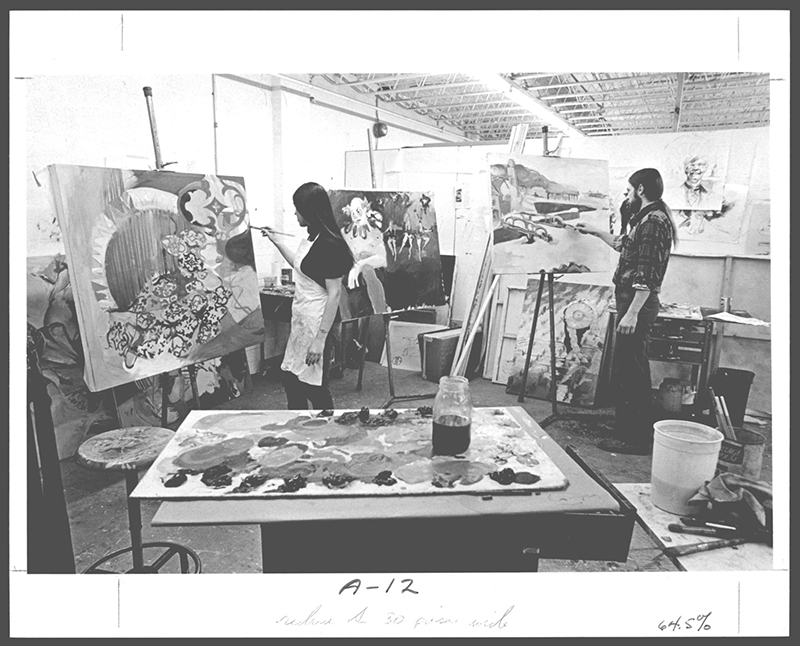 Art students are pictured at work here in 1975, a year after the founding of the Emily Davis Gallery.

Today, the Department of Psychology boasts a Counseling Psychology Ph.D. program that has been ranked second in the country by CounselingPsychology.org, based on national exam scores. Moreover, the department’s industrial/organizational psychology program has for decades been among the most respected and highest-ranked in the country, based on scholarship and Ph.D. graduates.

The Department of Art held its first Fine Arts Festival in 1959, opened the nationally renowned Emily H. Davis Gallery in 1974, and received accreditation from the National Association of Schools of Art and Design in 1979, which it still maintains.

The School of Art — which in 1997 would adopt the name of alumna Dr. Mary Schiller Myers, an ardent supporter of the arts — purchased the Dave Towell Cadillac Building in 1982, using its spacious showrooms to house artwork. Later renamed Folk Hall, the building remains one of the largest academic art facilities in the region. 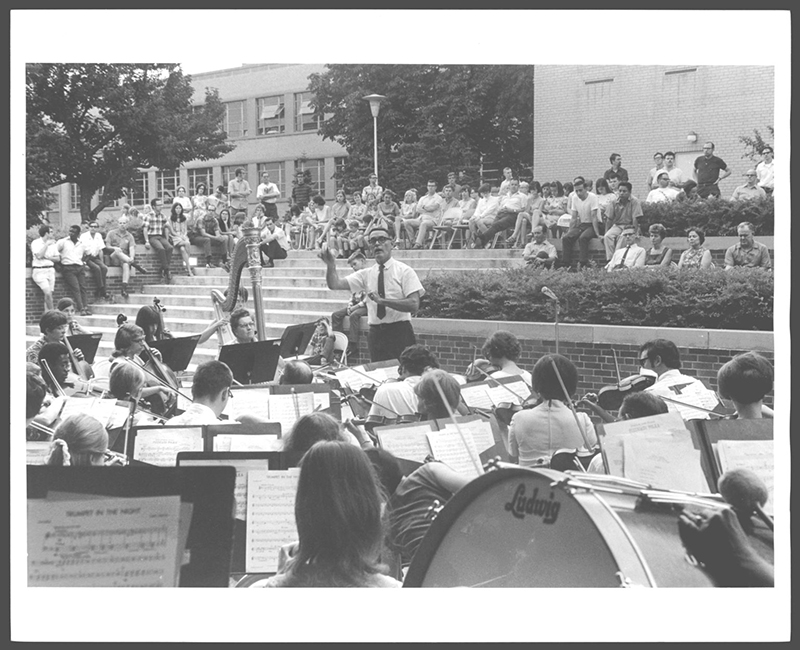 E.J. Thomas Performing Arts Hall opened in 1973, and Guzzetta Hall in 1976, providing performance and instruction venues for the School of Music, which today is one of the finest public university music schools in the country, attracting students from throughout the nation and world.

In 1977, the Department of English released the first volume of The Thomas Wolfe Review, an international journal dedicated to the famed novelist. Today, the department maintains the distinguished UA Press, and is home to the Northeast Ohio Master of Fine Arts (NEOMFA) consortium — the only creative writing program in the country that merges the faculties of four universities into a single MFA program.

In 1986, the college established the Ray C. Bliss Institute of Applied Politics, one of the country’s premier centers of political research and instruction, which has produced many government leaders throughout the nation. Today, UA’s Master of Applied Politics degree program is one of only five such programs in the U.S. and the only of its kind in the Midwest. 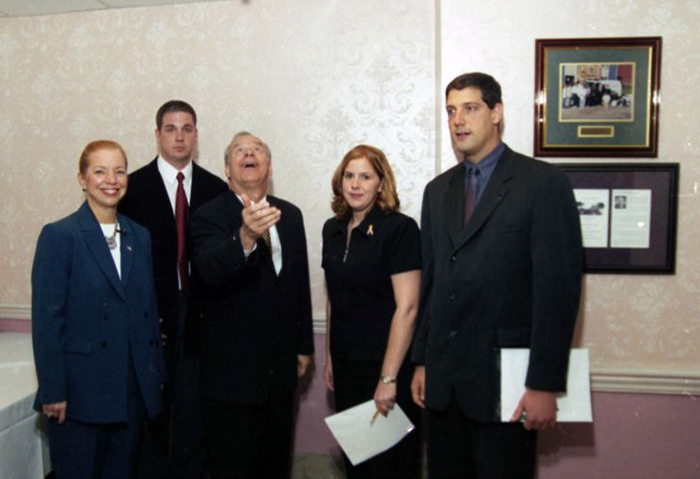 For generations, UA’s Department of History has served as the source of historical memory for Ohio, particularly through Dr. George Knepper’s “Ohio and Its People” (1989) and Dr. Gregory Wilson and Dr. Kevin Kern’s “Ohio: A History of the Buckeye State” (2013), both of which have served as the standard textbooks for Ohio history courses throughout the state.

The Buchtel College of Arts and Sciences Building was dedicated in 2002 and, a year later, was honored for its outstanding educational design by American School & University magazine.

In 2006, the Department of Biology’s Principles of Biology course was ranked second in the country by the National Center for Education and Research. The department is currently home to the Integrated Bioscience Ph.D. Program, which in 2017 produced the world’s first graduates with doctoral training in the rapidly growing field of biomimicry.

The School of Communication has long been home to UA’s highly rated student radio station, WZIP, and the student-run television station, Z-TV, which since 2007 has been nominated for more than 30 Emmy Awards and won nine. 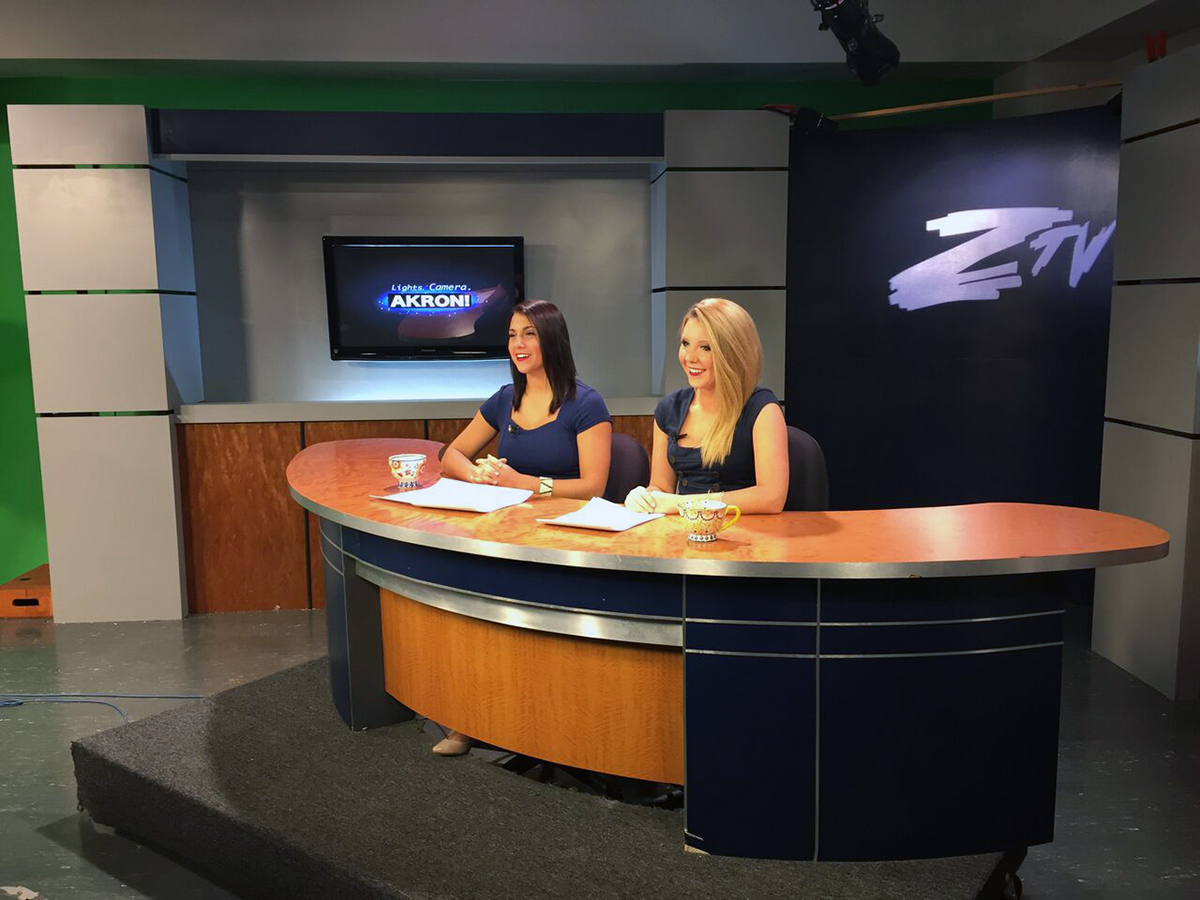 UA’s student-run television program, Z-TV, has won nine, and been nominated for more than 30, Emmy Awards.

The University also has a 50-year tradition of criminal justice education that culminated in the creation of a new Department of Criminal Justice Studies in 2018 and the new interdisciplinary programs Criminology and Criminal Justice, and Criminal Intelligence Analysis. With thousands of alumni serving in justice leadership positions, the department continues to develop innovative programs that blend theory and application to educate students in evidence-based practices that control crime and inform justice administration institutions.

Much has changed since Buchtel College offered its first courses in the arts and sciences. Students generally no longer declaim in Latin, and they experiment in state-of-the-art laboratories that dwarf the basement room where Dr. Knight and his pupils first tinkered with test tubes.

But the mission of the college has always remained the same — to offer “a complete college course of four years” that advances knowledge and research, preparing students for successful careers and lives.