The University of Akron’s nationally recognized Surveying and Mapping program received new technology from Leica Geosystems that will give students the opportunity to work with the latest equipment and increase their skillsets.

Point clouds are sets of data points in space that are produced by 3D scanners, which measure many points on the external surfaces of objects around them. These scanners help create 3D computer-aided design models of land and architecture. 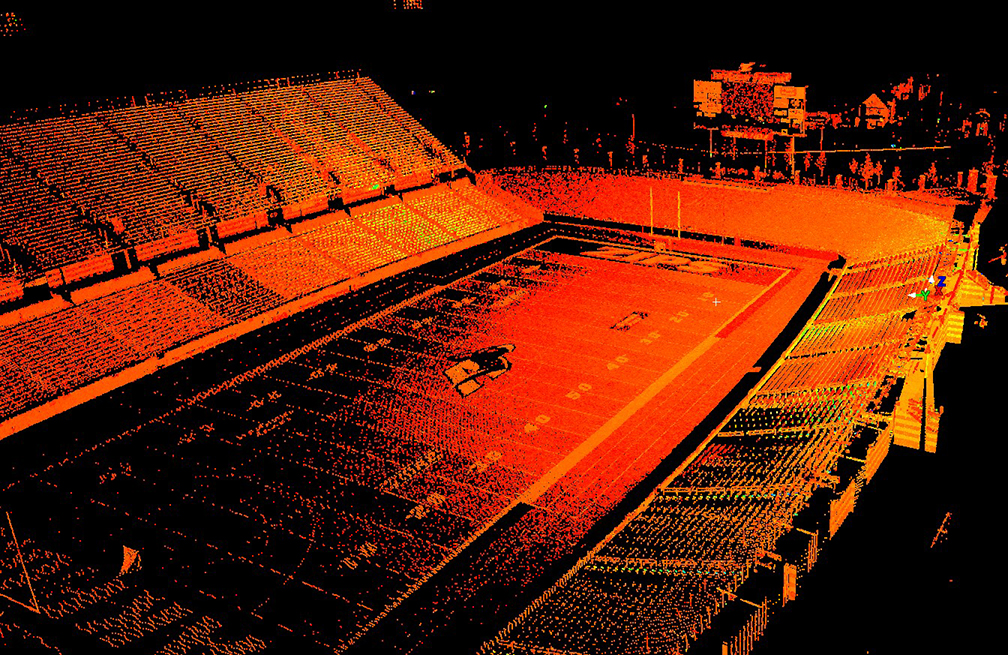 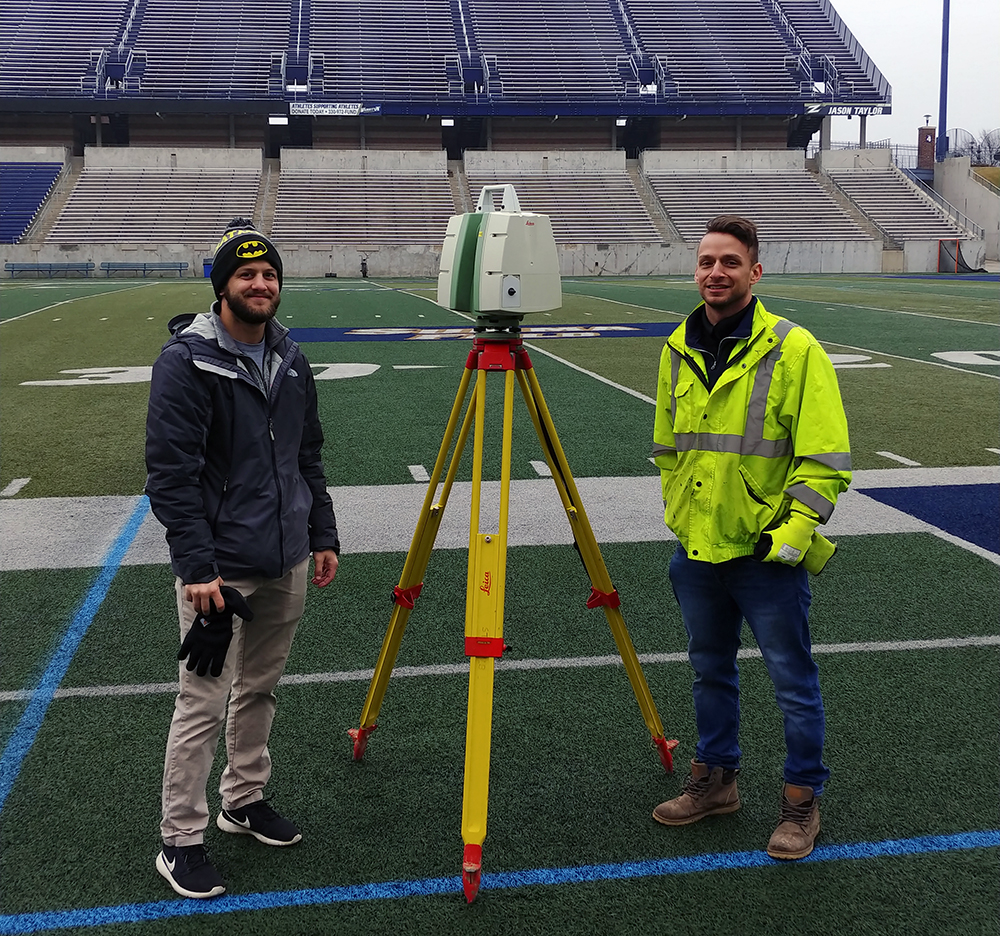 Chase Sommers (left) and Ethan Straub setting up for a LiDAR scan inside InfoCision Stadium.

“The laser scanner equipment donated recently by Leica Geosystems provides a real boost to surveying education at The University of Akron,” said Professor Gary Schuller, director of the Surveying and Mapping program in the College of Applied Science and Technology. “Used by many surveyors today, LiDAR technology helps in creating digital 3D representations of a project area. Such 3D models are often used for mapping and for decision-making in engineering and architectural design. The opportunity to perform ‘hands-on’ study of laser scanning applications will give our students a real edge in the marketplace as they launch their professional surveying careers.” 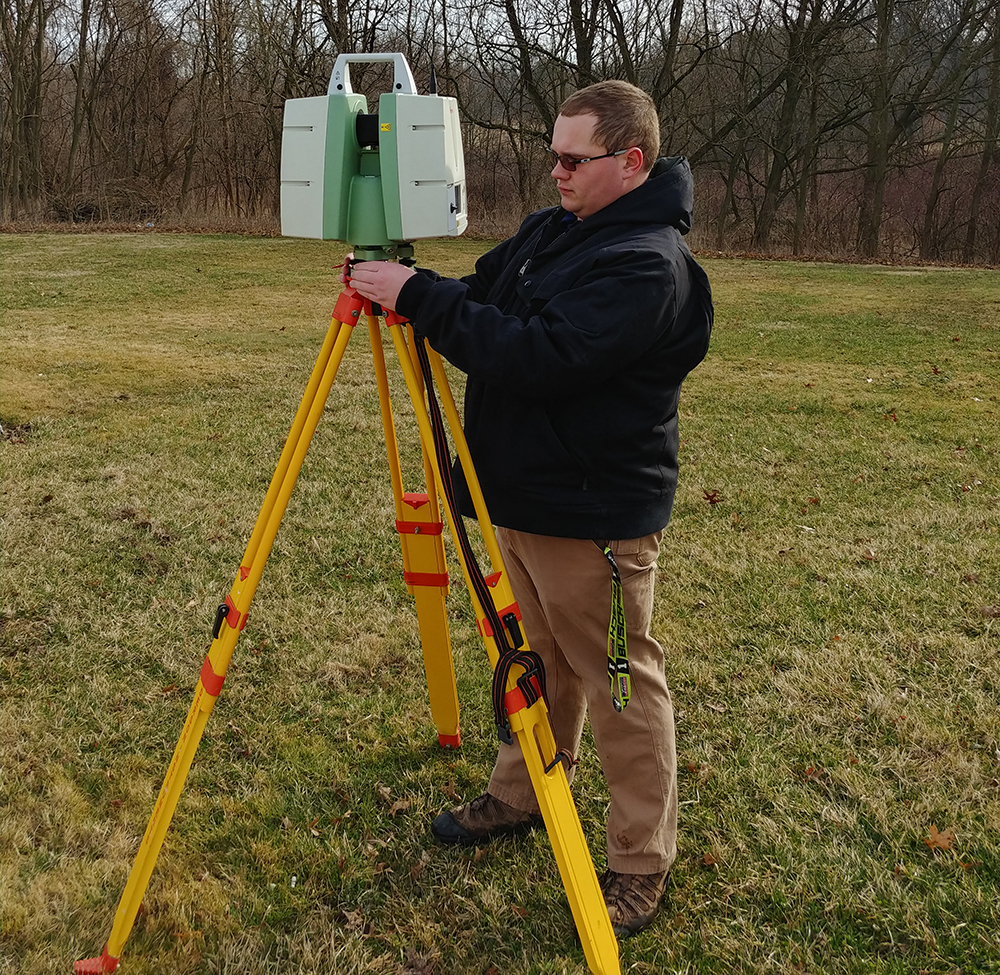 Eric Arters setting up for a LiDAR scan.

UA’s Bachelor of Science in Surveying and Mapping program is the only ABET-accredited program in the state of Ohio and one of only 23 such programs in the U.S.