Through one of the Experiential Learning (EXL) Center’s unclasses, students are gaining real world experience by helping Joshua Tree Productions create “The Forgotten Dead,” a documentary about Schneider Park.

Offered each semester at The University of Akron, the EXL’s unclasses are aimed at giving all students hands-on experiential opportunities in a small size, 3-credit-hour course.

This semester, “Unearthing Akron’s Past, The Forgotten Dead of Schneider Park” has been led by Josh Gippin, owner of Joshua Tree Productions, in collaboration with the School of Communication and the Department of Anthropology. 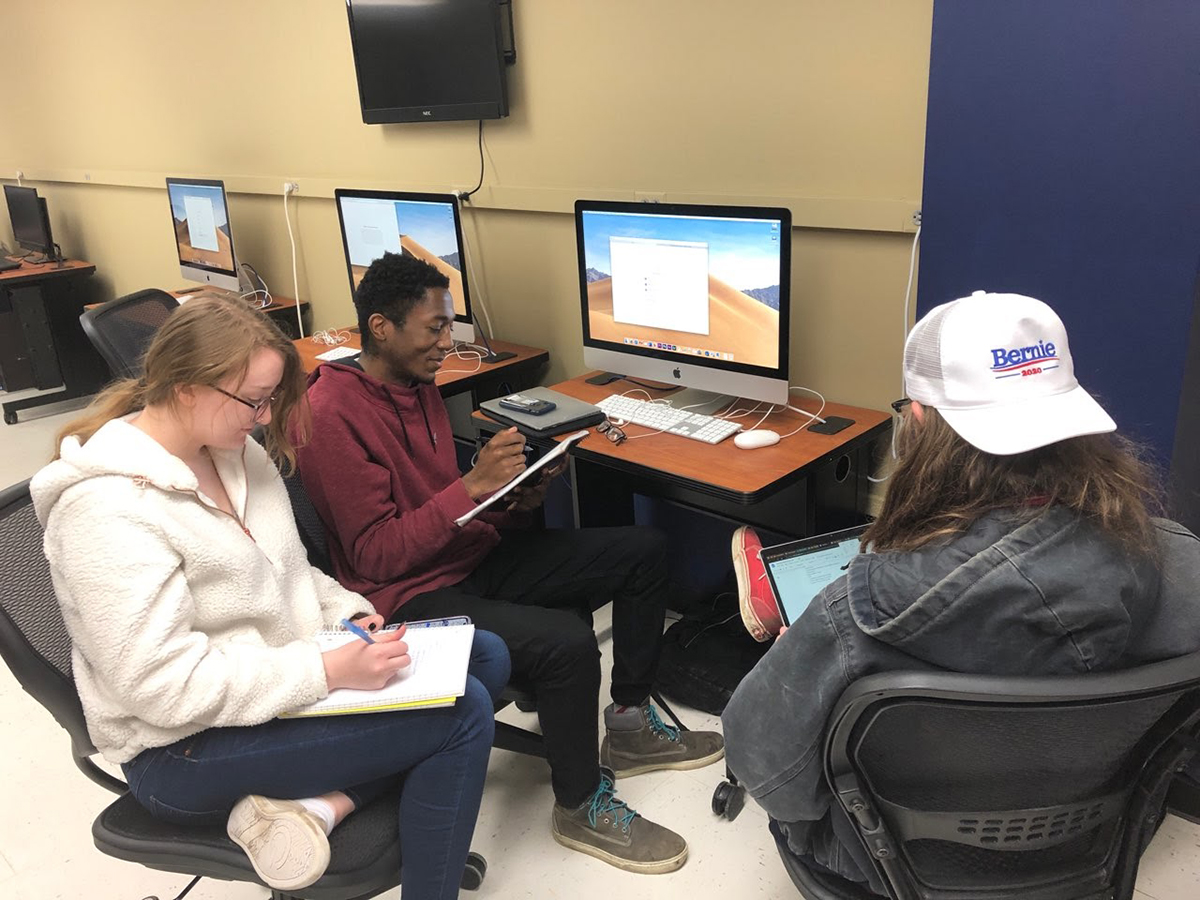 Several students are pictured above working during the “Unearthing Akron’s Past, The Forgotten Dead of Schneider Park” unclass.

“Dr. Carolyn Behrman, director of the EXL Center, had seen some of my previous documentaries and hired me on the basis of my portfolio,” Gippin said. “I immediately fell in love with the project.”

The documentary, which has been in production for two semesters, is based on information from a book currently being written, a play also being written called “Along the Graveyard Path” and other sources of information.

According to the documentary synopsis created by Gippin and his students, this documentary uncovers the reality of Schneider Park and the many bodies buried beneath it.

“’The Forgotten Dead’ strives to memorialize those who were marginalized in life and forgotten in death, by challenging us all to rethink our perceptions of the people all around us living today with disabilities,” the synopsis said.

Several of the students involved with the production first joined the unclass as a way to gain real world experience in the field of film production, but stayed for the creative outlet it provided.

Junior Claire Pugel, a media studies major, said when she heard there was a chance for her to be a part of the documentary production, she jumped on the opportunity.

“Last semester, I was part of the production team and was in charge of making the behind the scenes video,” Pugel said. “It was so cool to be given that responsibility and to be able to share the story and benefits of this unclass.”

This semester, Pugel has been in charge of the marketing campaign for the documentary, which has given her a boost in confidence toward preparing for a career after graduation.

Junior Carlton Powell, an electrical engineering major, joined this unclass as a creative outlet and because of the documentary’s potential positive impact on the community.

Despite not knowing how the class would go at first, Powell said many positive experiences have come from the class.

Powell’s favorite parts have been the cutting and editing footage portion, where he worked with “multiple footages and images and carefully [decided] which pieces fit the theme of ‘The Forgotten Dead’ documentary.”

Both Pugel and Carlton encourage students to join an unclass in the future because the experiences are unique and offer hands-on learning similar to an internship.

“Students should definitely join future unclasses because it gives you a similar experience that you would get from an internship position as well as an outlet to potentially support the community,” Powell said.