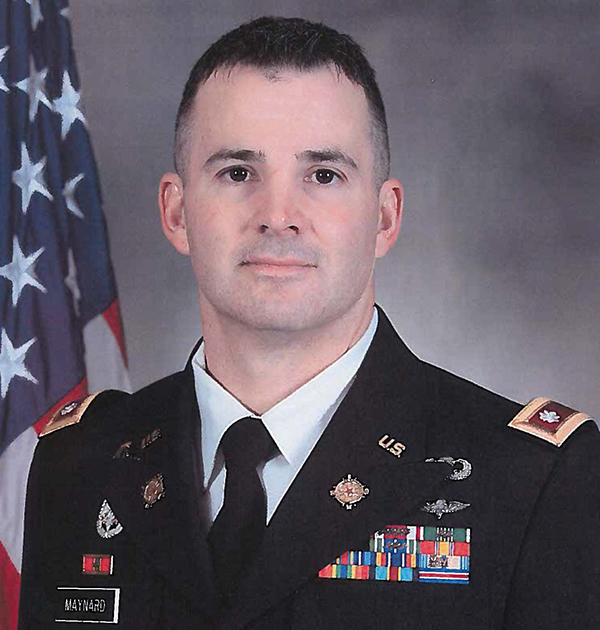 Maynard has an extensive background with the U.S. Army. He enlisted in the U.S. Army in 2002 and completed basic training and Officer Candidate School at Fort Benning, Ga. In 2004, he deployed to Kuwait in support of Operation Iraqi Freedom as the XVIII Airborne Corps Battle Captain at the aerial port of debarkation, which is where personnel and cargo are discharged.

In the active Army and Army Reserve, Maynard served as executive officer with the 600th Quartermaster Company located at Fort Bragg, N.C.; commander of the Headquarters and Headquarters Company in Blacklick, Ohio; operations officer with the 647th Regional Support Group in El Paso, Texas; executive officer for the 321st Ordnance Battalion in Charleston, W.Va.; and logistics assignment officer of the Active Guard and Reserve program located at the U.S. Army Human Resources Command in Fort Knox, Ky.

Maynard is a native of Millersport, Ohio, and currently resides in North Canton with his wife, Samantha, and two sons, Kayson and Briggs.