Spider silk, it is often said, is one of the strongest materials in nature.

But is it stronger than steel? 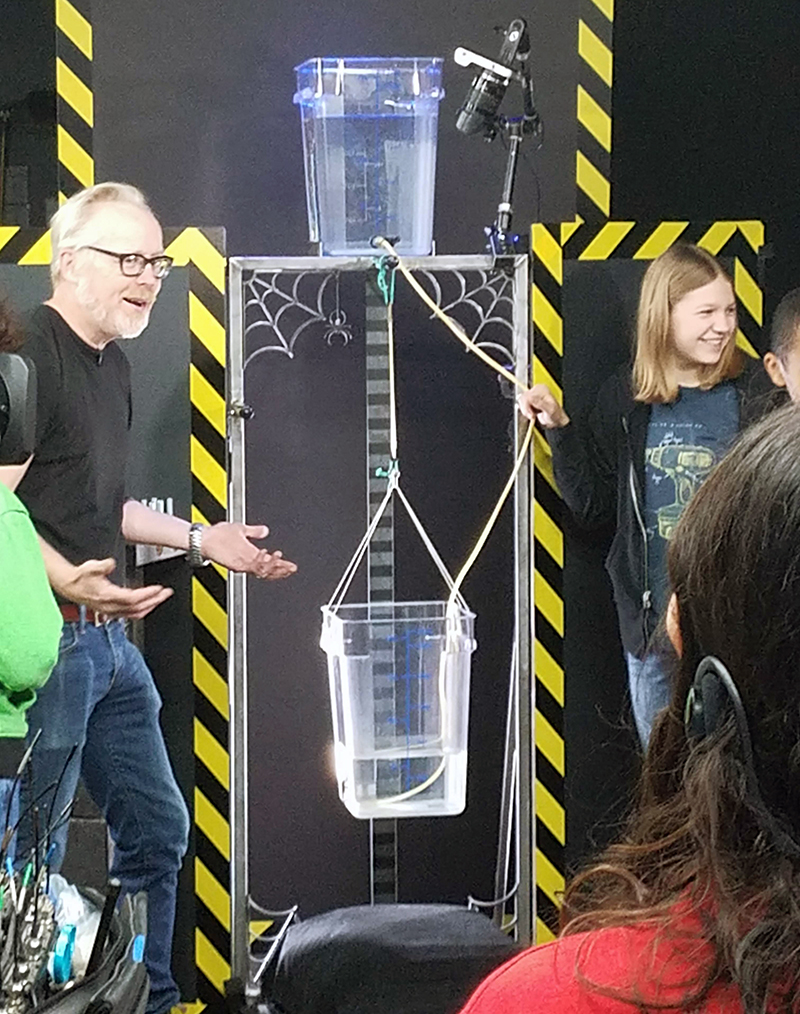 To answer that question, the team at “Mythbusters Jr.” – a new TV series in which host Adam Savage and his crew of six “junior” scientists under the age of 16 put scientific myths and urban legends to the test – turned to Dr. Todd Blackledge, a professor of biology here at The University of Akron.

The goal was to create a 2-foot “rope” of spider silk and test its tensile strength – the amount of tension it can endure, when bearing weight, before breaking – against that of the material used to build skyscrapers, rollercoasters and bridges.

Blackledge chose the golden silk orb-weaver, one of the largest orb-weaving spiders (Nephila clavipes), for its relatively robust, thick silk – a strand of which is still about 50 times thinner than human hair. His students used a silk reeling device, custom-made in UA’s Polymer Science Machine Shop, to gather 2-foot-long threads of silk, which they bundled into a rope. 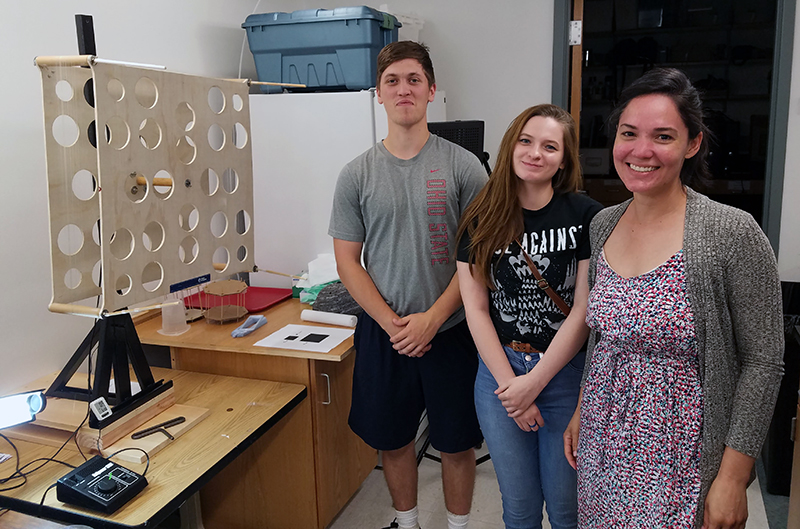 Once the rope was done, Blackledge gathered his luggage, silk and a few adult orb-weavers and flew to 32TEN Studios in San Rafael, Calif., for the episode’s filming. During three long days of preparation, planning and filming, Blackledge put his biology expertise to work to make the myth a reality. The stakes were high – with only enough silk rope for one try, there was no room for error.

“There was only one chance to get the stunt right, and any mistake by me, the cast, or crew would have meant that the episode would be a failure,” Blackledge said.

Weights were attached to two cables of the same mass – one a steel wire and the other 25,000 individual strands of spider silk – to test the strength of each.

According to Blackledge, the human interaction seen on the show is authentic, most of it unscripted.

“Almost all of the shots began with some general goal that the producers wanted, but the actual dialogue and actions were mostly ad lib,” Blackledge said. “The goal was mostly to film natural interactions.”

Blackledge added that iconic host Adam Savage and his team of teen scientists are as curious and fun off-camera as during filming. 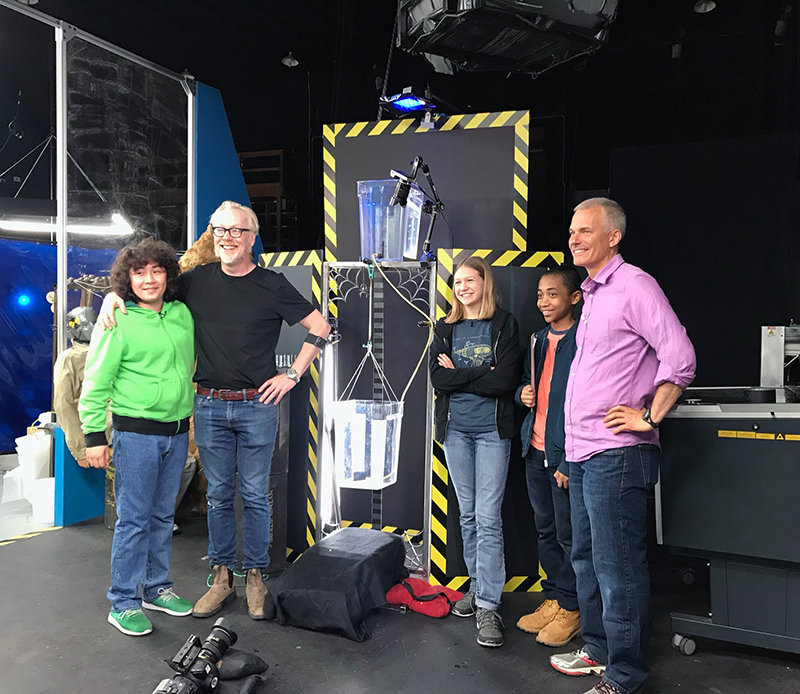 “Adam’s on-camera persona is pretty genuine – he really does carry that enthusiasm and curiosity off-camera too,” Blackledge said. “I was very impressed by his breadth of knowledge in design and building, which made him very helpful at troubleshooting some of the difficulties in the stunt design. And the kids were truly impressive – they were fun-loving and goofy like any young teenagers, but they were also super smart and intensely curious and driven. They weren’t afraid to try something and fail, which is exactly what I want to see in a future scientist.”

Those curious kids even got to handle some of the spiders, Blackledge added.

Crew gets ‘hands-on’ with spiders

“I brought live Nephila with me, so everyone on the cast and crew got to handle the spiders and see how they produced silk closeup,” he said, adding that this “hands-on” approach is the best way to do science.

“‘Mythbusters’ has always taken the approach of ‘let’s find out for ourselves,’ which is exactly how science works,” he said. “‘Mythbusters’ is really good at conveying the fun of discovery.”

So, was the “myth” proven or busted?

You can watch the “Bug Special” Season 1, Episode 8, for yourself to see what was revealed. Simply sign in on the Science Channel website with your cable/streaming provider info to access the episode.