With four wins in the five asylum cases that it took on this past fall, along with a 100% grant rate for five bond cases, the Immigration and Human Rights Law Clinic at The University of Akron School of Law continued its high rate of success in representing asylum-seeking non-U.S. citizens in their removal defense cases in U.S. Immigration Court.

All the clinic’s clients last term were detained somewhere along the U.S.-Mexico border in the summer and transported to the Northeast Ohio Correctional Center (NEOCC) in Youngstown. Most were fleeing rape, persecution, or death in Honduras, El Salvador, or Guatemala, or political oppression in Cuba or Venezuela. As has been typical, they were held at NEOCC for four to six months prior to their hearing.

“This crew gave 110% to representing their clients, and I could not be more proud of them,” said Akron Law professor and immigration clinic director Elizabeth Knowles. “Literally, people are free from torture, persecution and imprisonment because of them.” 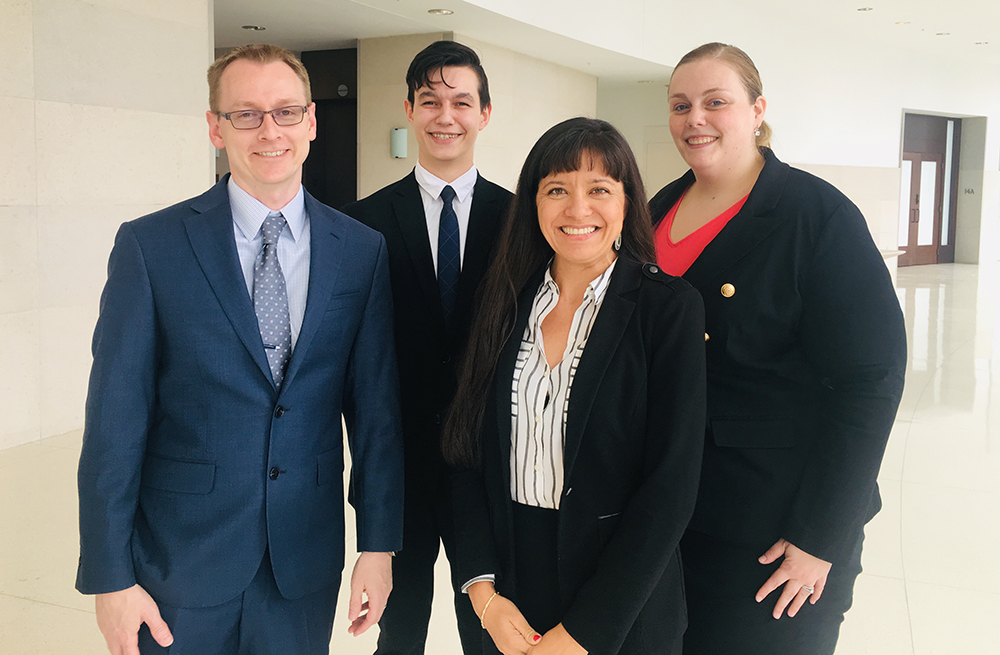 Professor Elizabeth Knowles gathers with her Immigration and Human Rights Law Clinic students at the Cleveland Immigration Court following a hearing. With her, from left, are Chris Wilkins, Antony Domino and Elizabeth McNeil.

The record is remarkable considering that these second-year law students have less than a semester of training in how to litigate an asylum case before they begin working one-on-one with their assigned client.

Although they are under Knowles’ supervision, the students nevertheless face challenging conditions. Not only do all their 12-15 weekly meetings with their clients take place in a prison, but few of the detainees speak English, so all communication is through volunteer interpreters and translators.

Here are the stories of four of the asylum-seeking clients.

“He was really emotional at all times,” second-year (2L) Akron Law student Antony Domino said of his client, Luis*, a young Venezuelan law student from a once-middle-class family. Luis feared for his life when he was targeted by federal agents for protesting against the Maduro regime. He eventually flew to Mexico City and made his way from there to Texas, where he asked for asylum.

“I had to calm him down in the first meeting we had and in the last meeting we had,” Domino said. “I told him you have to trust me. I’m here to represent you. Every time I visited he would trust me a little more. By the last time I saw him, he was giving me a hug and we were praying for each other for [when we would be in] court that next Monday.”

The immigration court hearings are conducted via televideo between the prison, where the client is, and the courtroom on the 13th floor of the Carl B. Stokes Courthouse in Cleveland, where Domino, Knowles, the ICE attorney and the immigration judge are.

“I wish I could have seen his face in person after we got the verdict,” Domino said. “It’s awesome when someone trusts you with his life. To be able to deliver on that was something I don’t think I’ll ever forget.”

Domino takes special pride in his work with the clinic, because he is an immigrant himself. He was born in Germany and came to the United States with his parents when he was a child. He intends to make a career in immigration law after he graduates.

As for Luis, he was granted asylum and is now living with a sponsor in Texas.

“He wants to be a lawyer,” Domino said. “I told him, you can still do that here. Not immediately, obviously. It’s a long road, but you can do it if you want to. When I told him that, his eyes lit up. I think that’s what he is going to do.”

As an undergraduate, Akron Law 2L Melissa Phillips had intended to pursue a science career before a summer environmental research experience in South Africa changed that.

“It made me look not to science but to law and policy as a better way to enact change,” she said. “Now I am interested in immigration law, especially with the current practices. The clinic definitely made me want to be more proactive. It was my best experience in law school in terms of hands-on experience and what I’ve learned. It’s so much work to put one of these cases together.” 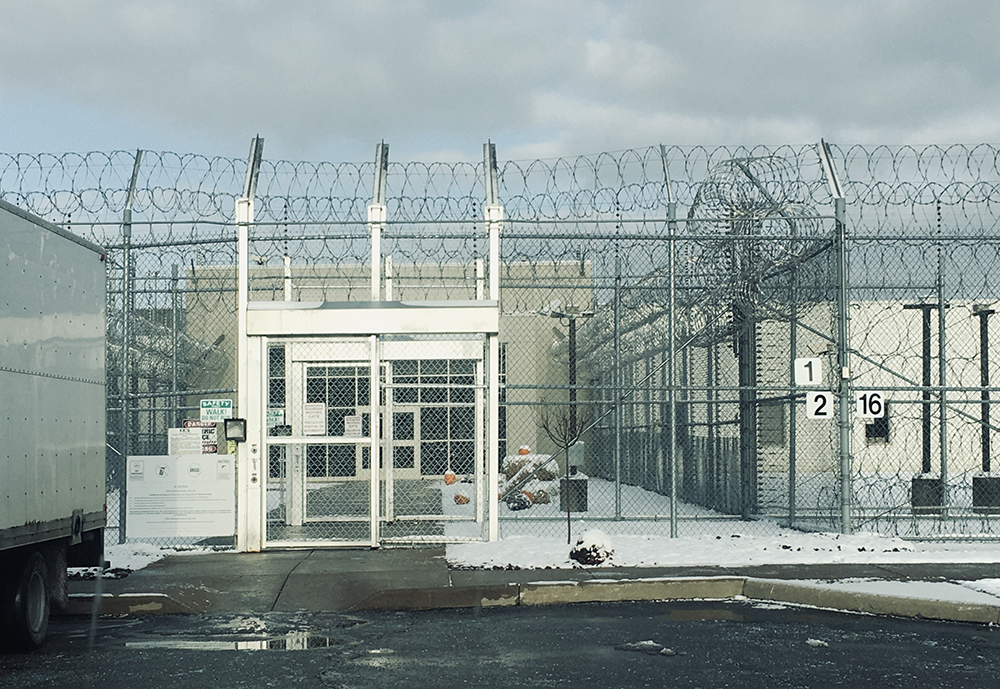 The majority of the asylum-seeking detainees who have been represented by the Immigration and Human Rights Law Clinic were housed at the Northeast Ohio Correctional Center in Youngstown.

Phillips represented Ernesto*,  a 23-year-old Cuban man who fled the country after a police auxiliary group, the Committees for the Defense of the Revolution (CDR), beat him for refusing to declare his allegiance to the new Cuban constitution. When they threatened to kill him, he booked a round-trip flight to Nicaragua and from there made his across the U.S.-Mexico border in Texas.

“I was probably the most nervous when I was in front of the judge. They don’t treat you like a law student. I was up against an ICE (Immigration and Customs Enforcement) attorney who’s been doing this for years, and I’m supposed to know how to do everything, too. I had to do an entire cross examination. The hearing took all day,” she said.

“After the judge went into chambers, the ICE attorney told me that we had a really strong case, and that my client was very consistent, which is what Professor Knowles really emphasizes. Then the judge came back in 20 minutes with the verdict granting him asylum,” she said.

“You do become emotionally involved in their lives,” Phillips continued. “If he got sent back to Cuba, it more or less meant a death sentence, because the CDR knew he left. They keep tabs on everybody. For me, it was a very real experience, being involved helping someone in probably the best way that you can.”

Elizabeth McNeil, who graduates this spring, marvels at what an amazing resource the immigration law clinic is for those few detainees they are able to help. And she despairs for the vast majority. Many of them also may have strong cases, but without legal counsel they are almost certainly doomed to be deported.

Her client, Javier*, fled Cuba out of fear for his life after he was beaten and threatened for taking photos of a long food line that he intended to upload to the internet in criticism of the government. Such online expressions of discontent have become more common in Cuba since the state allowed people limited access the internet in 2018, but “the government’s intolerance of free expression has barely eased.”

Like most asylum-seekers, Javier crossed the U.S.-Mexico border without any physical evidence to support his case for asylum.

In her interviews with him at NEOCC, McNeil learned that he had been treated at a clinic after he was beaten. With the help of the volunteer translators and some relatives living in the U.S. who were in touch with Javier’s family in Cuba, she was able to obtain a copy of medical records documenting his injuries.

“I remember him saying that he never would have thought that these records could be important to his case,” she said. “That’s why the immigration clinic is so important. We’re trained to look for evidence like this.”

Through their research, McNeil and Knowles also determined that Javier had grounds to argue that he was persecuted both for his political opinion and for being part of a particular social group. They could show that people like him who posted photos online were recognized in Cuba as a discrete class of persons.

“In the end, the judge granted him asylum without specifying the grounds, so we will never know,” McNeil said. “Still, it was important to preserve that option in case the judge denied asylum and [Javier] wanted to appeal. Without legal counsel, it would be extremely difficult for any of these detainees to come up with a strong defense like this.”

McNeil said she will continue to work in immigration law after she graduates, either as her career or on a pro bono basis.

“Over the last several years I’ve worked in criminal defense and family law and at a domestic violence nonprofit. But nothing quite hits you like immigration law. It felt really good to get the win for my client and get him the justice he was entitled to.”

Amanda Towne’s client, Alexandre*, operated a small general store in a village in Burkina Faso, a landlocked country in West Africa. For several years now, the region has grappled with a “devastating surge” of Islamist militant attacks that have killed more than 4,000 and caused more than half a million to flee their homes. The Burkina Faso government’s counterinsurgency has inflamed the conflict, according to some reports. 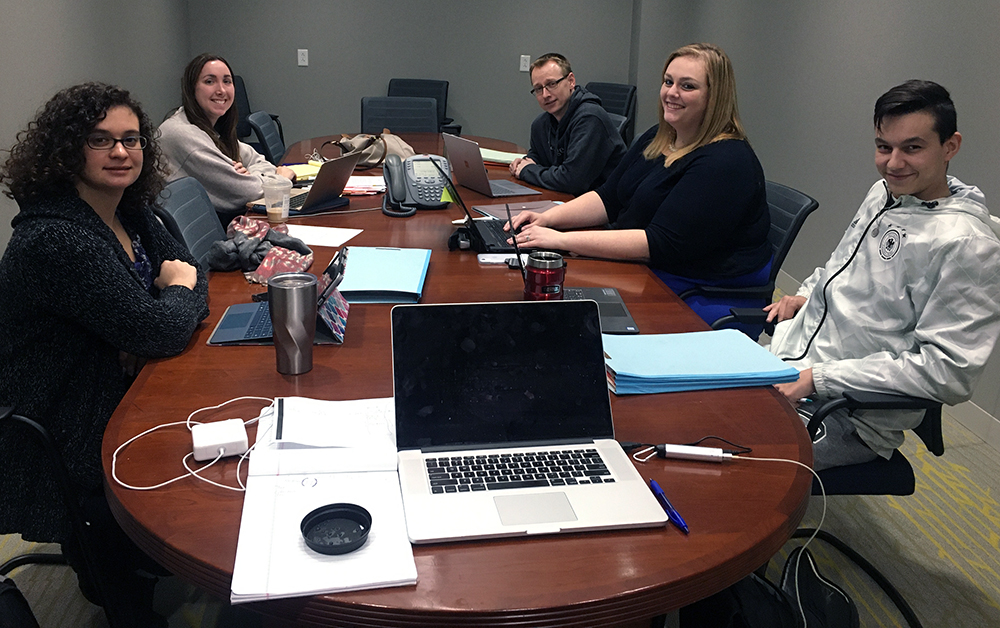 “We are hostage to both sides. By day we fear the army, and by night the jihadists,” an elder of a persecuted ethnic group told a human rights advocate last summer, as reported in the Washington Post.

Alexandre’s village was attacked on New Year’s Eve night in 2018, he told Towne. Villagers were shot and buildings burned. He escaped, and with financial help from a brother, he was able to fly to Morocco and then to Brazil. From there he made his way to Central America and eventually to the U.S. border at San Diego.

Alexandre was detained there along with two other men from the same area of Burkina Faso whom he met along the way. All three only spoke a language distinct to Burkina Faso. Towne had to get by with translating through French, in which Alexandre was just barely conversant. The separate hearings for the three men had to take place sequentially since the court’s telephonic translator was a bus driver in New York whose schedule the court had to work around.

“We got all three men out on bond with the support of Catholic Charities. In the hearing, the judge found our client credible but denied all three asylum because they didn’t know for sure who perpetrated the attack – jihadists or government forces. That made it ‘indiscriminate violence,’ the judge said, which is not grounds for asylum,” Towne explained.

“We said it didn’t matter whether it was the jihadists or government forces. Either way, it was imputed political opinion. We think we have a good chance on appeal, which we just filed.”

Towne said she will write the brief for Alexandre’s appeal and may also represent him in court if the hearing takes place before she graduates in December.

For more information about the Immigration and Human Rights Law Clinic, visit the Clinical Programs page on the law school website.

* The names of all the clients in this story have been changed to pseudonyms to protect their identities and for their privacy.