One of the few things Americans of all political stripes can agree on is that something needs to be done about rising drug prices. The clamor has spurred patent reform activity in Congress to prevent drug makers from “overpatenting” — that is, from obtaining secondary patents on multiple follow-on improvements that enable them to extend their monopolies and pricing power well beyond the two decades granted for the initial patent.

“Overpatented, Overpriced,” a 2018 report from the nonprofit I-MAK, found that the 12 best selling drugs in the United States have had hundreds of secondary patent applications granted.

Concerns about the affordability of new medicines are understandable, but current drug patent reform ideas — like a recent “one and done” proposal, which would limit a drug to just one period of exclusivity — are worrisome, University of Missouri Law Professor Erika Lietzan told Akron Law students at an Oct. 28 presentation jointly sponsored by Akron Law’s Intellectual Property and Technology Law Association and Federalist Society chapter.

To understand why these reform efforts are troubling, it is necessary to understand how medicines are developed and why patent protection may well be warranted for even seemingly modest follow-on improvements, said Lietzan, who has considerable hands-on experience in the field.

Prior to entering academia, she spent 18 years in private practice, eight of them as a partner in the food and drug group at Covington & Burling in Washington, D.C. She was involved in every major amendment to the Federal Food, Drug, and Cosmetic Act between 1997 and 2014, and she was deeply immersed for more than a decade in the development of the Biologics Price Competition and Innovation Act of 2010.

Lietzan argued that although initial drug discoveries may be serendipitous, drug research is inherently cumulative. 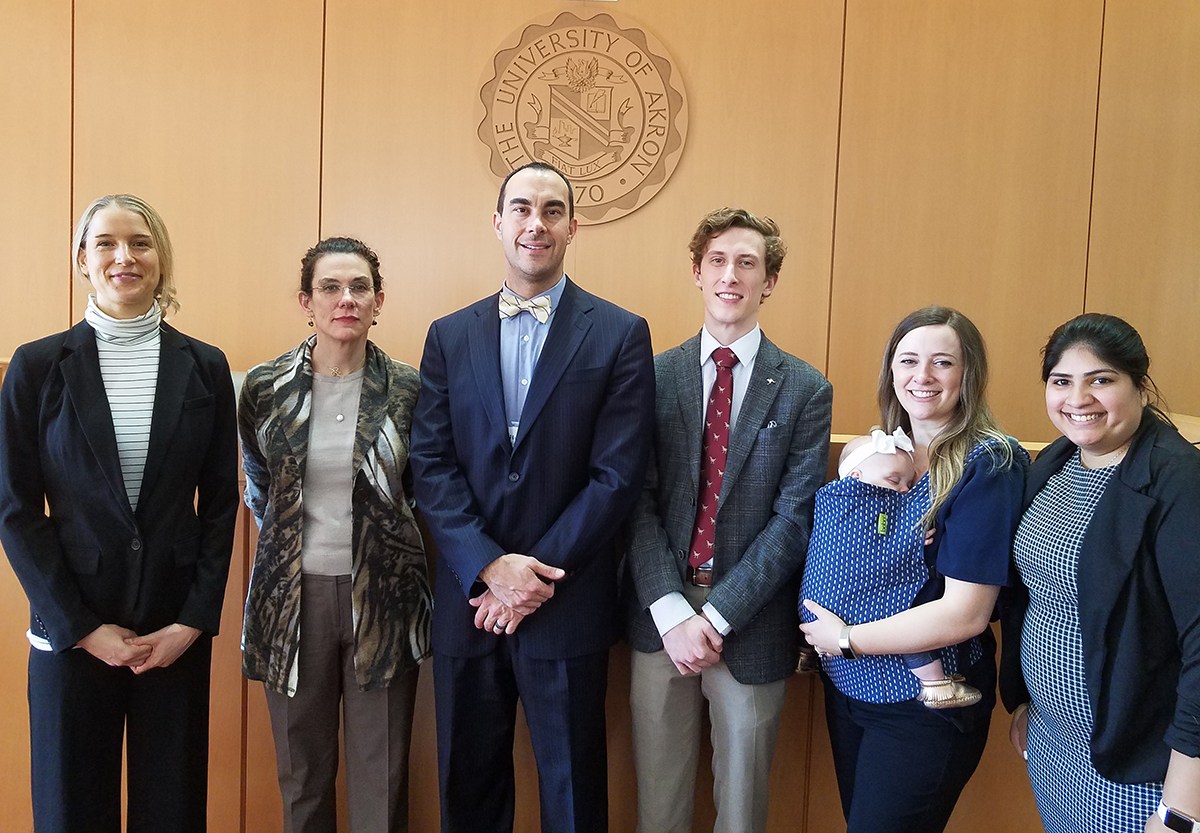 To illustrate, she traced the origins of chemotherapy back more than 100 years to the deadly use of mustard gas by the German army against the Allies in World War I.

After the war, medical researchers noticed that in addition to blistering the skin and mucous membranes on contact, the gas also destroyed lymphatic tissue and bone marrow, which suggested it might kill cancer cells in lymph nodes. But that possibility was not explored until 1942, at the start of World War II, when two young scientists at Yale University, asked by the U.S. government to study chemical warfare agents, discovered the first effective chemotherapy for cancer in a derivative of mustard gas.

The modern era of treating cancer with medicines, rather than surgery alone, dates to this moment. However, the initial drugs based on this finding were only palliative, not curative. Then, a laboratory accident at Michigan State University in 1965 led to the discovery of the cancer-curing potential of the platinum-based compound cisplatin, reported in 1969.

“The discovery, patenting and FDA [U.S. Food and Drug Administration] approval of cisplatin—often called the ‘penicillin of cancer drugs’—was a 13-year process, an unusually brief period of time in the research world,” according to a 2018 Michigan State article.

“New drugs generally go through 10 to 12 years of premarket testing to satisfy FDA requirements,” Lietzan explained. “It starts with animal testing to develop basic information on safety and efficacy and goes all the way through randomized, controlled, blinded trials in humans.

“And most new drugs fail along the way. Nearly 70% fail in the middle phase of human testing. And even when they get through premarket testing, 15% of the marketing applications are rejected by FDA.”

Cisplatin, first brought to market as Platinol in 1978, quickly revolutionized the treatment of testicular cancer. But this was just the beginning.

“Researchers continued to work with the cisplatin molecule to improve its efficacy, enhance its safety and find variations that work well in other types of cancer,” Lietzen said. “They developed carboplatin, for instance, which was particularly effective in ovarian cancer and gentler on the body. They also combined cisplatin with other drugs, finding combinations that increased its effectiveness.”

And the advances continue today, she said. One platinum-based substance in development can be taken orally — a huge advance for drugs that have always been delivered intravenously. Novel nanoparticle formulations are being developed to better target cancer cells and reduce side effects.

All of this “incremental” innovation builds upon the initial discovery of cisplatin’s tumor-fighting properties in 1969, Lietzan said.

This cumulative innovation leads to a variety of patents that cover different inventions, Lietzan said.

For many drugs, she explained, the premarket testing process is so long that the 20-year term of the initial active ingredient patent may expire less than 10 years after market launch. Once this patent expires, a generic company can introduce its copies in the market.

But the FDA doesn’t approve just the active ingredient — it approves an entire medicine, with all its dosage and delivery features, for patients. 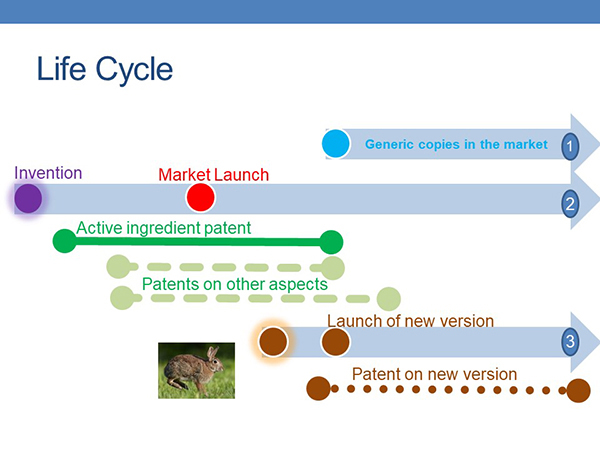 Most new drugs go through 10 to 12 years of premarket testing before they are approved to be marketed. During that time and afterwards, drug makers typically continue their research to improve the drug.

“Platinol is not just cisplatin,” Lietzan said. “It is a specific formulation, in a specific dosage form, made a particular way, administered at a particular dose, to treat a particular cancer. As the company discovers what will work, it may seek patent protection for these features.”

What ‘one-and-done’ would mean

Lietzan gave the example of Herceptin (trastuzumab), a groundbreaking but very expensive biologic medicine (the treatment costs $150,000 annually) from Genentech approved for intravenous treatment of an aggressive form of breast cancer. Herceptin has been on the market since 1998, but the drug is protected by numerous secondary patents, and Genentech sued competitors to keep generic versions from coming to market.

Many have complained that these patents and lawsuits helped preserve Herceptin’s market dominance for more than 20 years, Lietzen said. But generic copies were launched earlier this year, and Genentech also launched a new subcutaneous form of the drug, giving patients a choice: less expensive copies of the original Herceptin, with a 45-minute intravenous drip, or a newer and more expensive form that can be injected in just under two minutes.

That improvement is likely protected by a secondary patent, and it might have never been pursued under a “one-and-done regime, Lietzan said.

The future of chemotherapy drugs, ranging from cisplatin to trastuzumab, is bright, but not if this assault on drug patents becomes law, Lietzan said. Drug research builds on earlier drug research, and if companies are not able to patent their new discoveries, they are unlikely to fund this continuing developmental research.