Actors aren’t the only ones who can study the psychology of characters. A Tony-award winning musical sparked research that provides new light on an unexamined relationship — the effects of a son’s struggles with his father’s expectations.

A producer of “Kinky Boots,” Ron Fierstein wanted to explore the idea behind the musical’s central theme — two young men who come together because of the burden of their fathers’ expectations. (He is a long-time music business executive and the brother of Harvey Fierstein, a Tony award-winning actor who wrote the book for “Kinky Boots.”)

Dr. Levant was asked by the producers of the Broadway musical "Kinky Boots" to conduct gender research that explores the theme of their play: The effect a father's expectations can have on his son's well-being.

In the musical, Charlie is expected to become a fifth generation shoe manufacturer. Simon is expected to become a boxer, but he’d rather be Lola, a drag queen. Their paths cross while Charlie is being accosted and Lola steps in to defend him, breaking the heel of her boot in the process. Charlie, being a shoemaker, offers to fix it, and in the process they form a collaboration to make boots for men in drag – kinky boots. Together they sing “Not My Father’s Son,” in which the following lines express the dilemma they share: “It was never easy/To be his type of man/To breathe freely/Was not in his plan/And the best part of me/Is what he wouldn’t see.”

Fierstein eventually connected with Dr. Ronald Levant, a renowned psychologist and professor at The University of Akron. Considered a foremost authority on the psychology of men and masculinity, Levant conducts research on men’s gender role strain, emotional expression, mental and physical health, fathering, and masculinity ideology in a multicultural perspective. Fierstein invited Levant to see the show. They talked afterward, and agreed that this was a powerful theme worth exploring. A study on the expectations of fathers for their sons’ masculinity had never been done, so “Kinky Boots” commissioned a grant for Levant to study it.

“The field of modern fathering has shown that in reality, dads share caretaking responsibilities with the mothers, such as getting kids to school, helping them with homework, preparing dinner,” explains Levant. But despite the reality that most modern-day fathers share equally in the parenting role, the idea that began around the Great Depression and peaked in the 1940s and 1950s still persists in current culture — fathers are heterosexual masculine role models and need to “make men” out of their sons.

“Based on a sex-based Oedipal conflict from psychoanalytic theory — which now has very little qualified support in the field — fathers were expected to model, encourage and even to demand masculinity in their sons,” Levant explains. “It can be seen where the father demands that his son play football even if he’s not interested; the father who will stop hugging and kissing his son by the time he goes to school for fear that he will turn him into a sissy; the father who would be horrified if his son plays with his sister’s dolls. Out in the general culture there is this idea that the father’s job is to make a man out of his son.”

Levant’s conclusion from the study of 407 men is that, according to the sons’ recollections, the more rigid a father was about “toughening him up” – both in content (a son recalls expectations like “my father expected me not to show emotion”) and in process (the degree of a father’s rigidity in conveying an expectation like, “You will be this way regardless of who you think you are”) – the more the son suffered from low self-esteem, poor relationship satisfaction and an increase in harmful use of alcohol.

Levant and his team at UA also studied the quality of parenting by fathers and the involvement of fathers in their sons’ lives. They found that the effects of a fathers’ rigid expectations on self-esteem were greater than those of parenting quality and father involvement.

“In other words, no matter how active a father might be in a son’s childhood activities, if the expectation is ‘you must be a football player’ when their son has no talent in that area at all and would be better playing the violin, a son’s self-esteem would be lower regardless of parent involvement,” declares Levant.

So what can be done?

“Parents need to be aware of the potential harm that could come from beliefs that the father’s role is to make men out of his sons,” concludes Levant. “For those in the counseling profession, when they are counseling parents, really explore how the father thinks of his role, and do some psychological education if he believes that he needs to toughen his sons up.”

“The American Psychology Association could do some publicity around this study and use it to educate the public of the potentially harmful effects of fathers believing that their role is to toughen up their sons and make men out of them,” he offers. “That would be profound.”

Charlie and Lola would kick up their boots and dance to that! 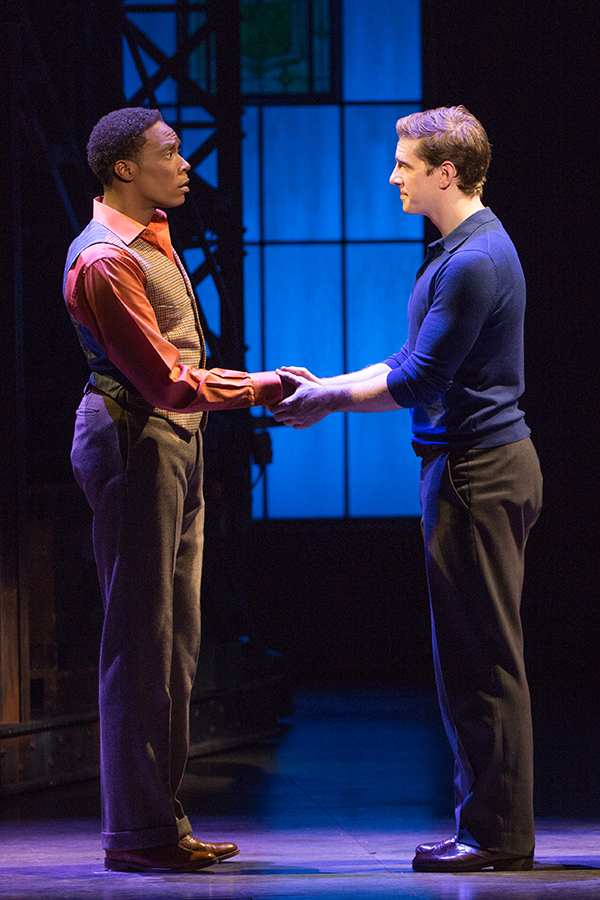