Just ask third-year Akron Law student Rehan Peerzada: He was one of 10 interns selected to be part of the inaugural cohort. 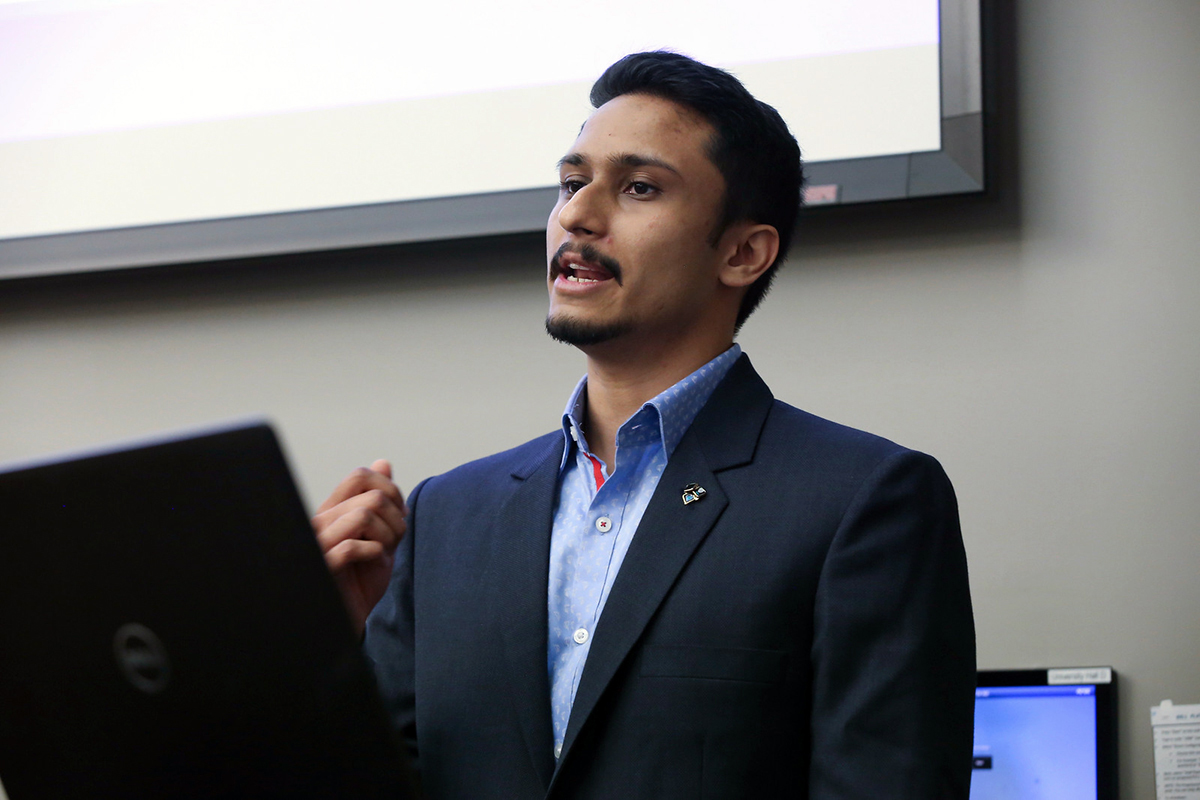 Peerzada had no background in medicine or biology, but he always wanted to work with technology, he said. He came to Akron from India in January 2017 with a bachelor’s degree in civil engineering, so patent law was definitely a possibility, but he was open to other career paths.

Then he took “Fundamentals of Intellectual Property Law” with the Honorable Ryan T. Holte and both “Trademark Law” and “Trade Secrets” with Professor Camilla A. Hrdy.

“Those courses cemented it,” Peerzada said. “I wanted to go into IP law.”

Another course — Professor Patrick H. Gaughan’s “Entrepreneurship and Valuation of Firms & Intellectual Property” class — along with a stint in the Akron Law Trademark Clinic, further narrowed Peerzada’s focus to working with tech startups on patent and trademarks to help them attract investors. 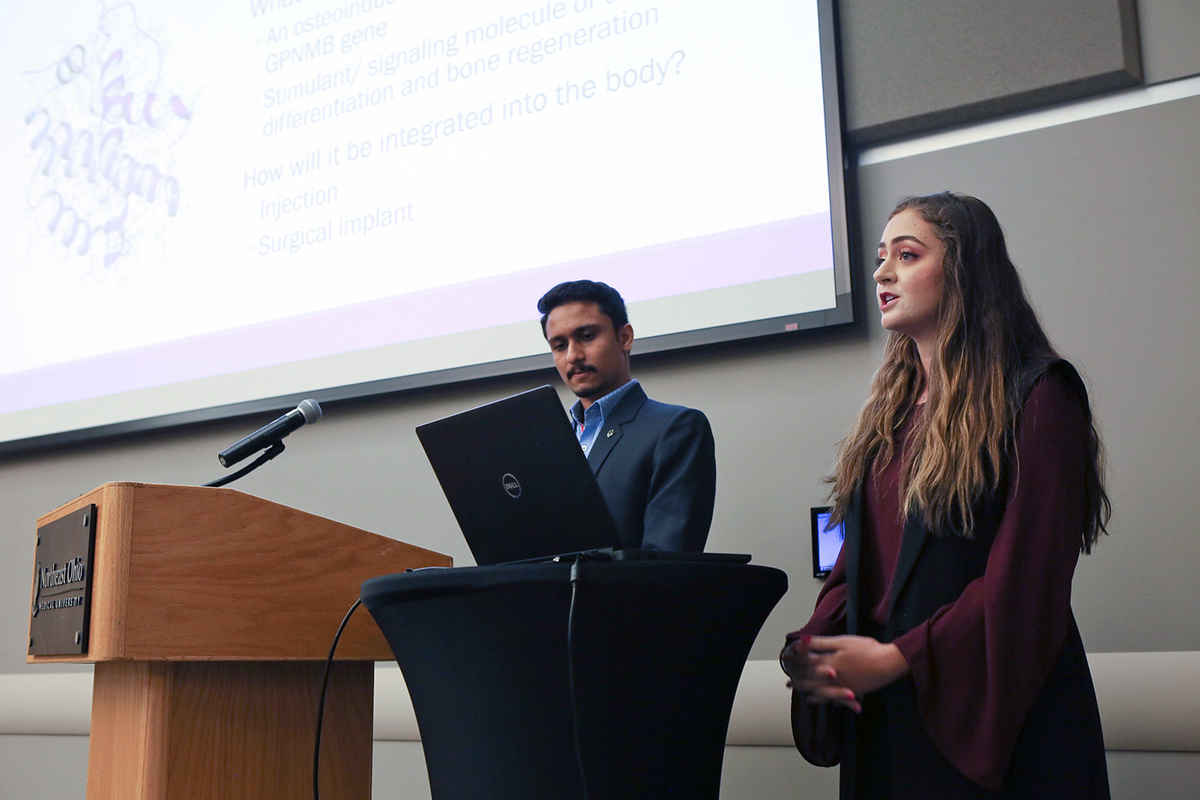 So, when Alisa Benedict O’Brien, assistant dean for career services and strategic initiatives, received an email about the new REDIzone Burton D. Morgan Future MedTech Entrepreneur Internship, she immediately forwarded it to Peerzada. And when Marilyn Baade, REDIzone program coordinator, visited the law school shortly thereafter, O’Brien tracked down Peerzada in the hallway to be sure he met Baade. His was the first application REDIzone received, Baade said.

“He was a great student in both ‘Trademark Law’ and ‘Trade Secrets’,” said Hrdy, who wrote a recommendation for Peerzada. “He distinguished himself with his legal reasoning and oral communication skills, his intellectual curiosity and his ability to learn new areas of the law very quickly. He also has a science background, and I knew he had taken other IP courses, so I felt he was really just a great candidate for the internship.”

Impetus for the internship program

The twofold mission of REDIzone (officially called the Research, Entrepreneurship, Discovery and Innovation Zone) is to spur NEOMED faculty to commercialize their research and to connect other early-stage biomedical companies to entrepreneurial support and funding opportunities. The center currently houses seven companies on campus and counts another 60 or so in its broader network. 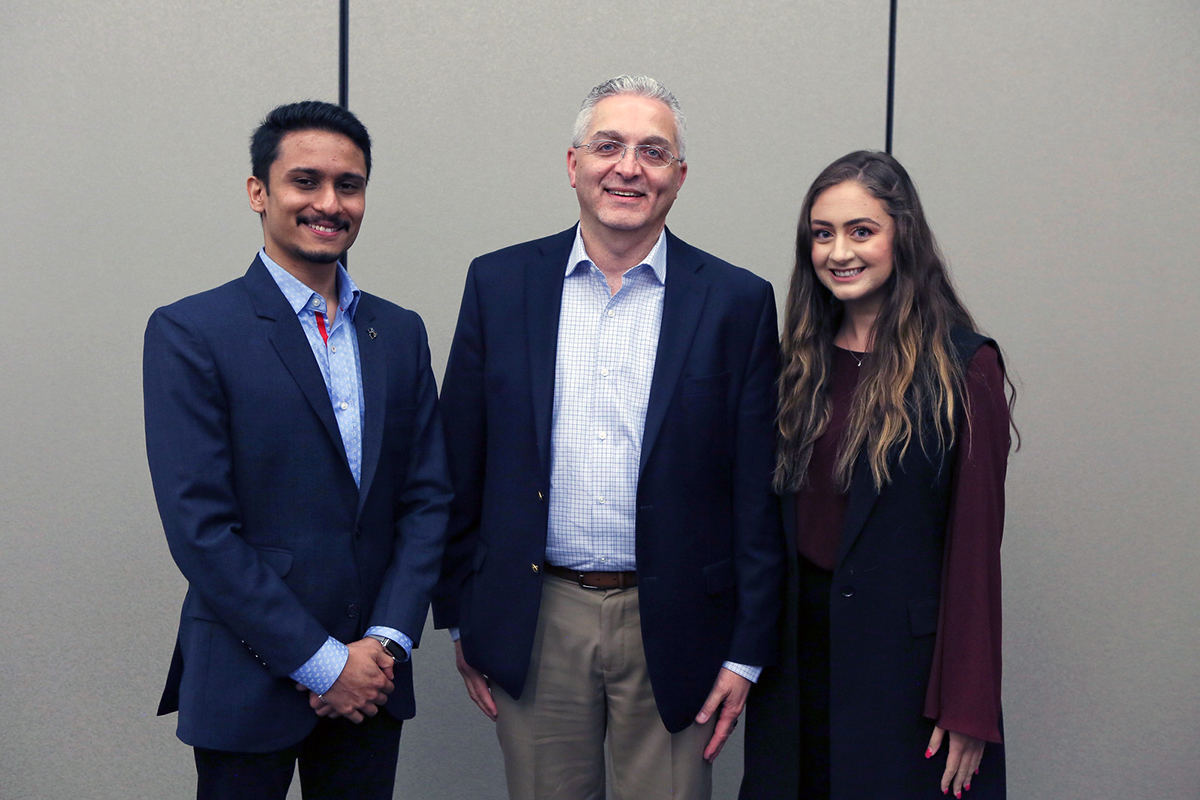 Rehan Peerzada stands with Dr. Fayez Safadi, professor of anatomy and neurobiology at NEOMED, and his pitch teammate Dania El-Shaar, a Master of Public Health candidate at NEOMED.

Elliot Reed, executive director for innovation, commercialization and economic development at NEOMED and REDIzone program manager, explained the thinking that led to the internship program.

“We have a pretty strong life sciences ecosystem in Northeast Ohio,” Reed said. “But how do we train the next generation to take the lead in this area and understand all the different aspects of it? A clinician or someone on a drug development team can’t do it on their own. We need to train them in an interprofessional manner, bringing the business and law students together with the medical and pharmacy students here at NEOMED.

“The goal of the program isn’t to have the students drop out and do a medical technology startup,” Reed continued. “The goal is to get them conversant in the process, to get them to expand their networks to other professional disciplines, so that five or 10 years into their careers, when they see an opportunity, they will have people they can call to help them execute on it.”

Peerzada and the other interns spent the first two weeks in class, learning from medical innovation experts and entrepreneurs. During the next two weeks, they analyzed actual investor presentations from early-stage companies seeking funding from NEOMED. The final two weeks culminated in the grand finale, a mock pitch competition in which five pairs of interns attempted to persuade a panel of early-stage investing experts to invest in a particular product or material under development in the REDIzone labs. 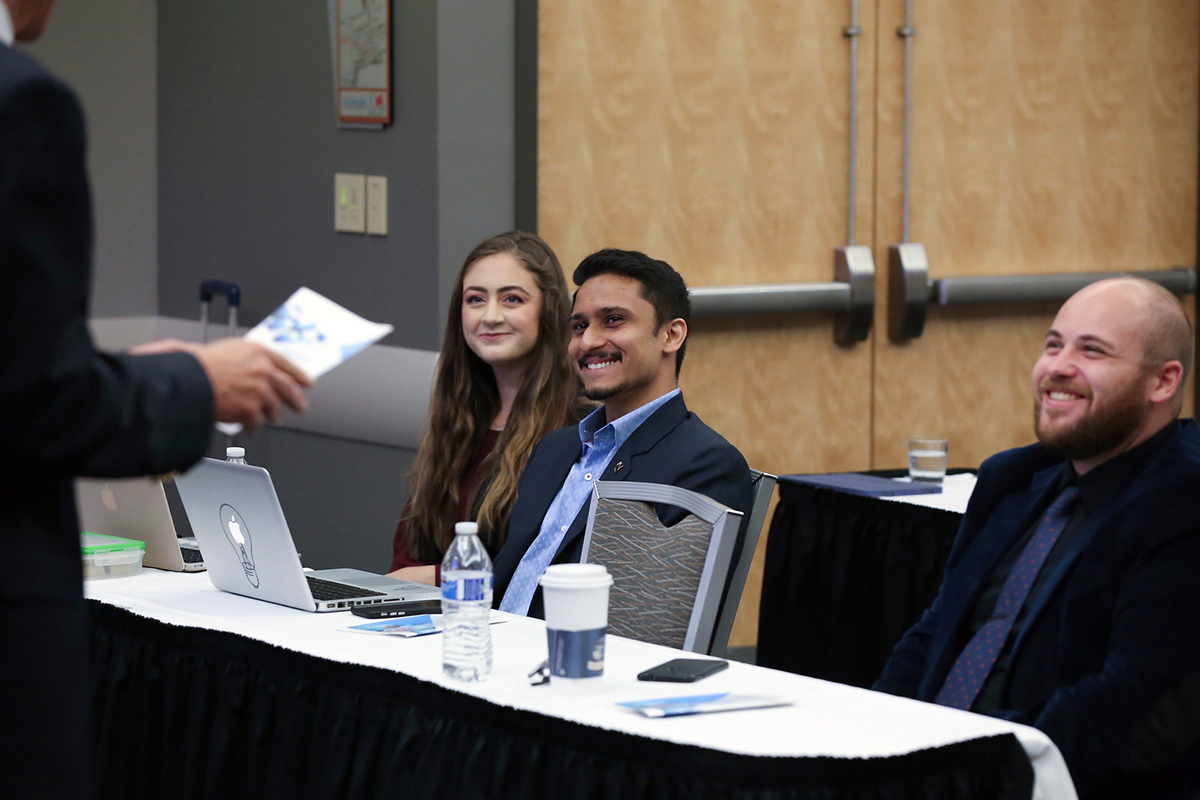 Rehan Peerzada, center, and other interns get feedback from one of the judges after the pitch presentations.

The invention pitched by Peerzada and his teammate, Dania El-Shaar, a Master of Public Health candidate at NEOMED, is a novel human glycoprotein named Osteoactivin that stimulates broken or damaged bone to repair itself. Developed by Dr. Fayez Safadi, a professor of anatomy and neurobiology and the director of NEOMED’s Osteolab, the biomaterial has shown the potential to speed recovery from spinal fusion surgery and treat osteoporosis and low bone-density, among other applications.

Because none of the other interns had any background in intellectual property, Peerzada did all the patent searches of the companies applying for funding and supported the four other teams in developing their investor pitches.

Opportunity to learn and teach

“We were really impressed with Rehan’s passion and commitment,” Reed said. “He took on a lot of responsibility in working with the different teams to look at the IP position of each of the companies and determine how it could increase their value or where the IP was a little deficient.”

“I was the only law student there, so I had a fun time educating the other students about patents and intellectual property,” Peerzada said. “But I also learned a lot from them. My circle is just law school. Their perspective, how they approach a problem, was so different from mine.

“I had no exposure to analyzing any kind of biotechnology patent, so this was completely new for me,” he continued. “I don’t know where else a student could have the experience of transforming a biotech patent into a marketable technology and then pitching it to potential investors.”

Both Reed and Baade are very pleased with how the first REDIzone internship program went and do not anticipate making many changes for 2020. However, Baade said, “We think we’d like to have two IP-focused law students among our interns next summer.”