The University of Akron's Choral Program is a vital way for vocalists to come together in a familial environment and participate in high-level music making, regardless of your major. Both music majors and non-music majors come together and participate in high caliber musical opportunities, including singing with and being featured by The Cleveland Orchestra Chorus, singing at national-level sporting events for the Cleveland Cavaliers, learning from prominent guest clinicians, commissioning new compositions and working with living, prominent composers, and being invited to sing with eminent professional orchestras. 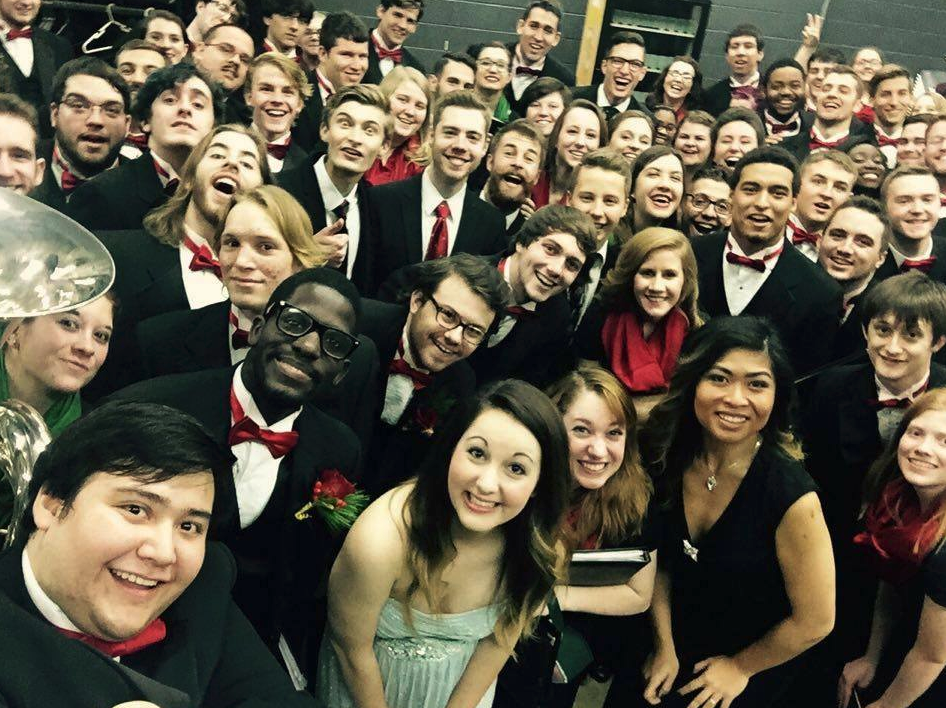 Consisting of 70-80 vocalists, the Concert Choir is a mixed choir open to all University of Akron students. Comprised nearly equally of both music majors and non-music majors, the group performs a multitude of genres at a high level, ranging from Renaissance and Baroque music to the latest in contemporary choral compositions and spirituals. The group performs in prominent venues throughout the area, including E.J. Thomas Performing Arts Hall and for the Cleveland Cavaliers at the Quicken Arena. The Concert Choir specializes in large, choral-orchestral works, performing with the Akron Symphony Orchestra and UA's own Symphony Orchestra. Most notably the choir performed at the National Gallery of Art in Washington D.C. in 2008 and traveled abroad to Italy and Austria in 2006. Auditions for new members are held at the beginning of each semester. 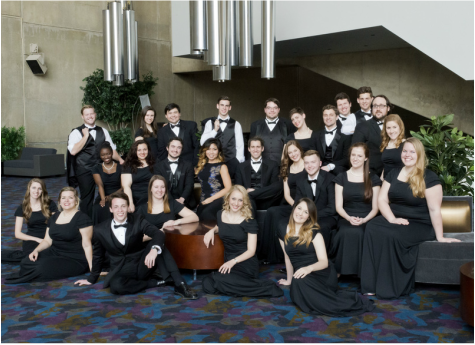 The Chamber Choir is the premier auditioned choir at The University of Akron.

Consisting of a smaller select group of musicians typically numbering between 24 and 32, this ensemble focuses on more technically difficult music from all eras and styles.

As the flagship choral ensemble for The University of Akron, the group consistently performs with The Cleveland Orchestra and Chorus at Severance Hall, and has performed in prominent venues like the John S. Knight Center, E.J. Thomas Performing Arts Hall, and multiple other venues in the area. The group continues to receive attention and recognition both nationally and internationally.

The Chamber Choir is the touring choral ensemble, performing in major cities throughout the region. Auditions for new members are held at the beginning of each year, and membership in the ensemble is a full-year commitment. Undergraduate members of the Chamber Choir must also be members of Concert Choir under the discretion of the conductor.​

The Men's Chorus is an all-male singing ensemble at The University of Akron where gentlemen continually strive for high musical standards in an environment of fraternal camaraderie. The group performs in several different styles ranging from early music, to barbershop music, to modern pop and Broadway tunes. The Men's Chorus works together on musicianship and healthy vocal technique, all while singing quality repertoire.

The ensemble performs at several locations around campus and the surrounding area, participating in concerts with the rest of the choral area. Singers of any skill level are welcome to join the Men's Chorus at the beginning of each semester.