Can a legal model based on trademark law provide recourse in cases of sexual fraud?

Manta is the founding director of the Center for Intellectual Property Law at Hofstra’s Maurice A. Deane School of Law. Her talk was based on her forthcoming law review article, “Tinder Lies.” Akron Law Professor Camilla Hrdy provided additional commentary on the article following Manta’s presentation. 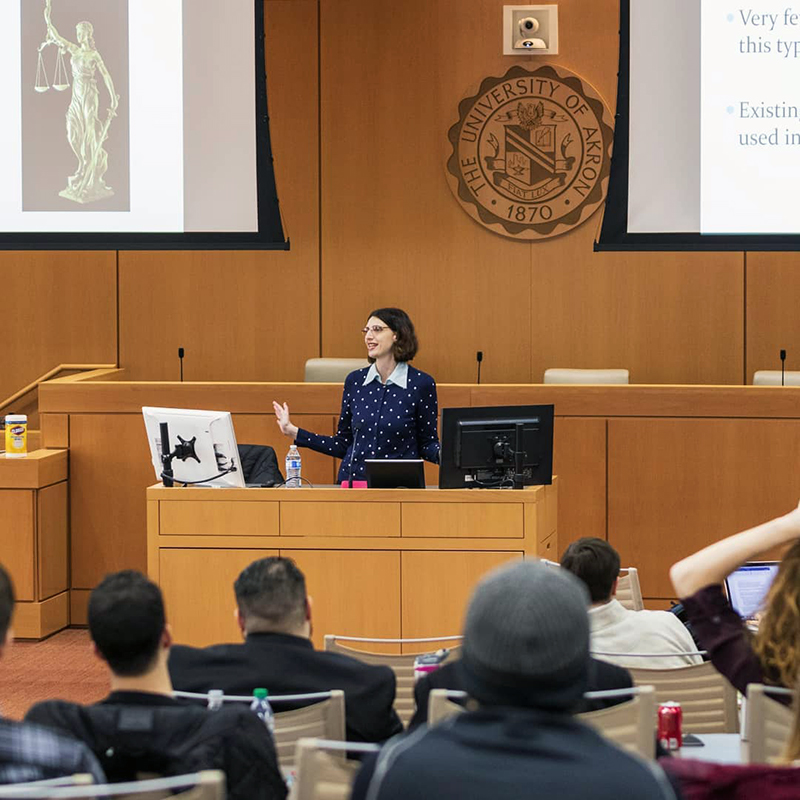 As of 2016, one in six Americans had used dating apps, with young people become especially reliant on them, Manta said. By 2013, one-third of married Americans had met their spouses online, and it is estimated that by 2040, more than two-thirds of people will have met their significant others that way.

It’s also been found that 80 percent of people lie on their profile. Many of the falsehoods are easily disprovable fibs about height or weight, but misrepresentations about more meaningful things like one’s age, name, marital status, or employment can become instruments of sexual fraud.

“There have always been people who tell lies to get sex,” said Manta. “But the surging popularity of online apps makes it easy to deceive victims on an unprecedented scale, and in relative anonymity, because you often will share few or no mutual acquaintances with people you meet on an app.”

Manta noted that as thinking about human sexual relations and equality between genders has evolved, older rationales and earlier legal protections have gone by the wayside or been abolished.

“As a result, today there are very few laws covering this type of conduct, and existing laws are rarely used,” she said. “Victims of sexual fraud are told by courts and society that they should have known better, everybody lies when it comes to sex, the harm is ‘not that bad,’ and it will be hard to prove. Victims often have little recourse.”

But the harms of sexual fraud are real, said Manta. They include dignitary and emotional harms, financial and reputational harms, and opportunity costs. A woman involved in an affair based on deceit could have met a different man during that time. Depending on her age, the fraudulent affair may have reduced or eliminated her chance of getting married and having a baby.

So, what’s trademark got to do with it? Sexual fraud not only harms individuals, it also harms society — and therein lies the analogy, Manta explained.

“In both the world of brands and the world of dating, there is an incentive for sellers to misrepresent what they are peddling to gain an advantage. In the commercial marketplace, the law recognizes that outright deception about important facts causes markets to break down because search costs balloon. 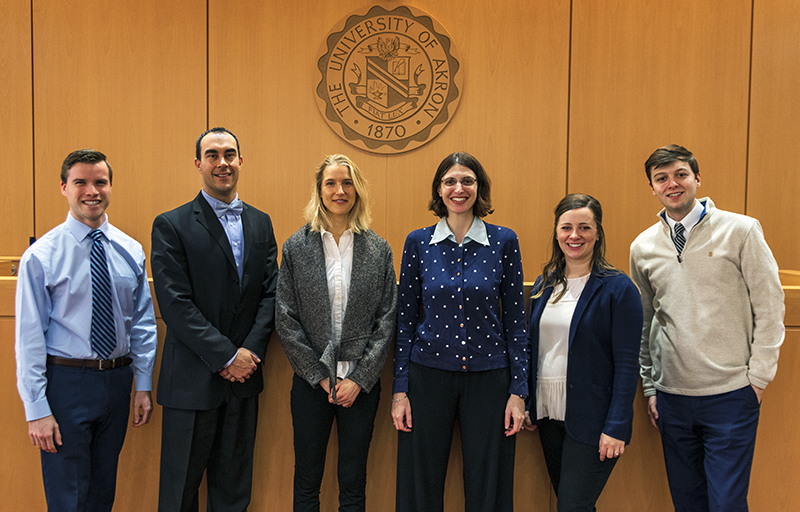 “If people can’t trust sellers, they will be forced to undertake expensive or time-consuming investigations of products, or they will simply reduce their participation in the market. We can use the tools of trademark law to reduce search costs and deception in the dating marketplace just like we do in the economic marketplace,” she said.

She proposes that state lawmakers confront the sexual fraud issue with statutory sanctions that would punish liars who deceive people into having sexual relations. The statutes would be implemented in small claims courts, which would avoid “slippery slopes” and major legal fights and provide realistic recovery mechanisms. Victims of even modest economic means could bring their claims in these courts.

Maximum damages allowed in these courts are relatively modest — they are capped at $10,000 in Washington, D.C., she said — but enough to prove a deterrent, especially for repeat offenders.

“Legislators have been wary of wading into this terrain,” she said, but the timing is right because the impact of dating apps is only going to grow.

“While dating apps have amplified the potential harm that sexual fraudsters can inflict, they also make documenting lies easier, because people’s misleading profiles can be reviewed, and text messages repeating the lies can be saved.”

There is also a rough justice in using the trademark model to target lies on dating apps.

“We punish false claims in commercial advertising more harshly than we punish most forms of sexual deception, despite the suffering and harm to one’s dignity the latter brings,” said Manta. “This approach aligns the legal framework of sexual fraud with those of other types of misrepresentation, incentivizing transparency in the increasingly murky dating world.”