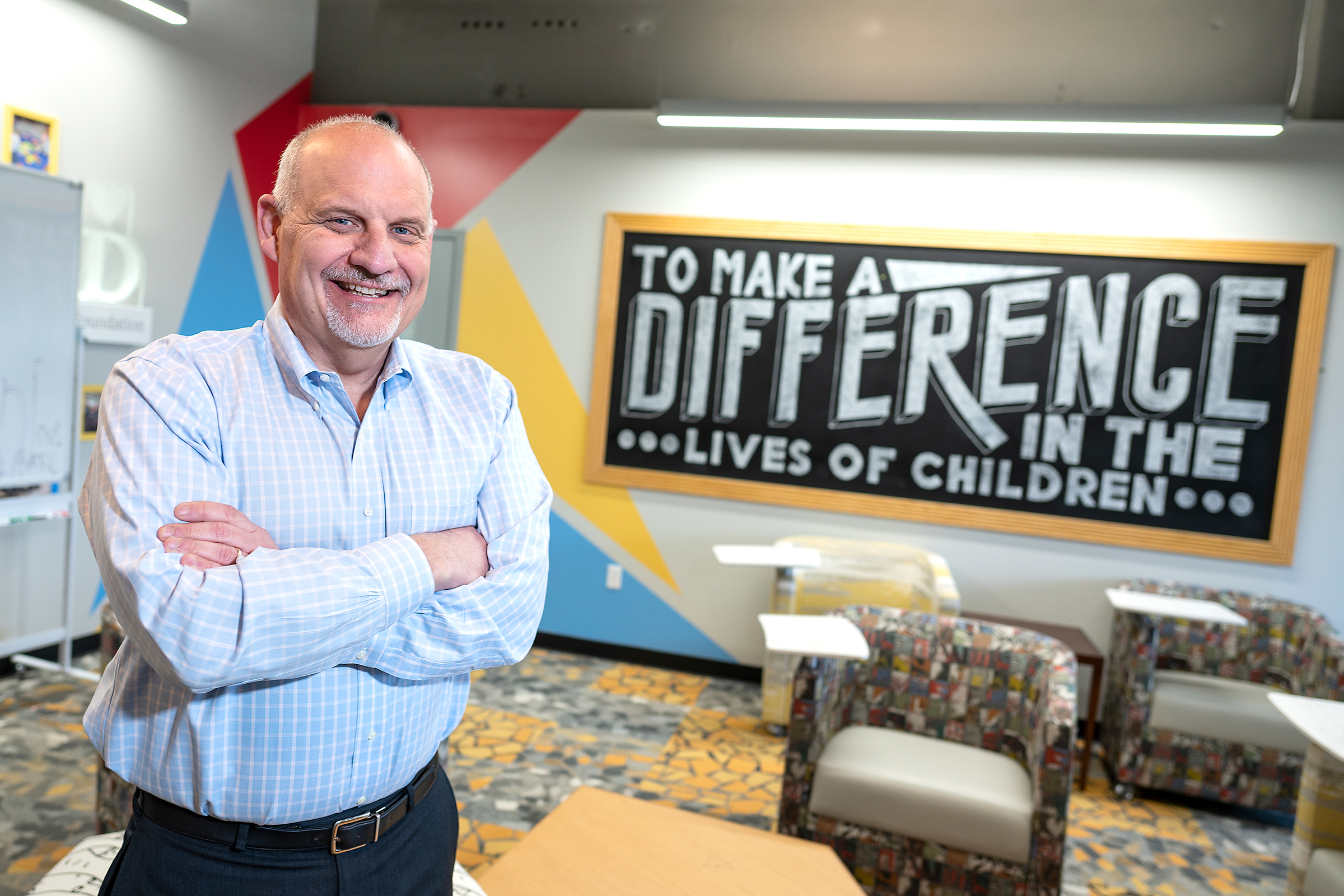 The power of community – an interview with Darrin Kotecki, PE, '89, '90, President of GPD Group

Darrin Kotecki, PE, '89, '90 went from being a teenage entrepreneurial house painter to the President of GPD Group—an employee-owned engineering and architecture firm headquartered in Akron. GPD offers more than 150 services and has 14 office locations across the country. Local GPD’s projects include the Ellet and Firestone Community Learning Centers, City of Akron CSO projects, Akron Beltway Interstate projects, First Energy Substation and Transmission upgrades and the Ronald McDonald House, to name a few (check out the extensive list of projects on GPD Group’s website).

Through Darrin’s career, one theme remains constant – doing everything you can to make a difference in the community. His time at The University of Akron provided the foundation for a successful career as an engineer and, most recently, has led to his work with the GPD Employees’ Foundation—an employee run foundation that focuses on giving grants to K-12 schools and non-profit organizations that make positive impacts on children in the communities in which GPD serves.

I grew up in Garfield Heights, Ohio up near Cleveland. Back then, if you were good at math, you were going to be an engineer—you weren’t told about many other options. My parents didn’t go to college, so my brother, sister and I were expected to pursue a higher education. I originally thought I was going to be an electrical engineer because I liked that it was such a hands-on field. I ended up switching to civil engineering because it is so broad, and I wanted lots of options when I graduated.

Why did you choose The University of Akron?

Akron seemed far from home back then and they had a cool campus. I also appreciated that they had a really strong engineering program and that it was affordable. I remember thinking the Concrete Canoe and Steel Bridge teams looked fun.

How did you get your start in leadership?

When I was 19, I owned a painting company that grew to 15 employees. I used to joke to my mom that I made more money owning a painting company than I did at my first professional job out of college, but that was a long time ago. We formed that company in 1984 and sold it in 1992. I painted many of the mansions in Shaker Heights and it is cool to drive through there and see the houses today. I started at GPD Group in 1990 as a design engineer and worked my way up over the years. I’ve been here for 32 years and have worked different jobs within the company along the way. 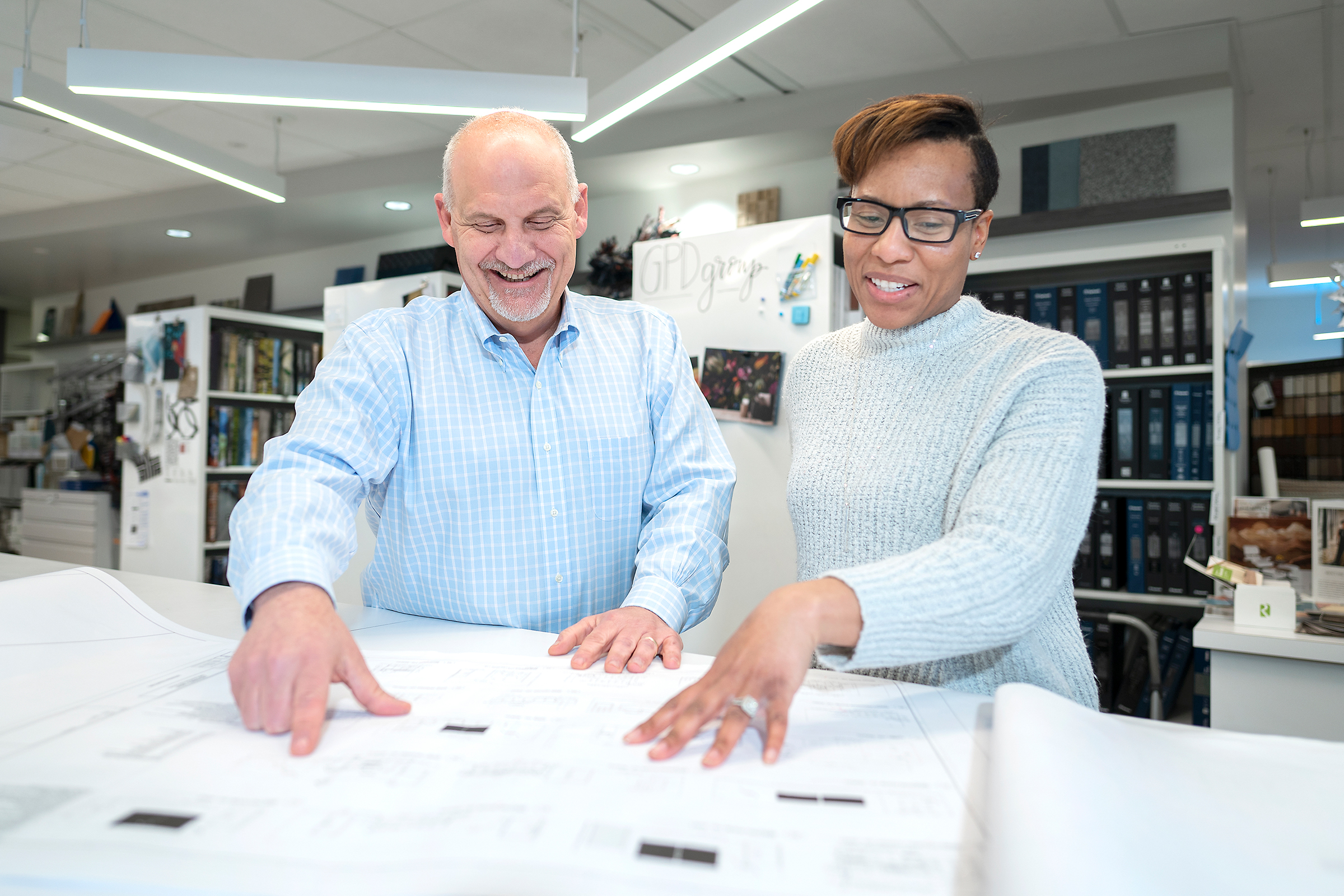 What has changed about UA? What has stayed the same?

The JAR was brand new when I was in school if that says anything. The campus itself has really expanded and grown since I was in school, and the buildings and sports facilities are a little nicer now! Back then, the football team used to play out at the Rubber Bowl which isn’t even around anymore. We also only had one or two bars to go to back then which is a lot different from what is around campus now.

The biggest things that have remained the same are the quality of the academics and the co-op program. Both are tremendous and always have been. The civil engineering program was a close-knit group back then and from what I see with students coming out of the program, that hasn’t changed.

I joined The National Guard while I was in college to help me pay for school. The schedule of the Guard made it so I couldn’t do a co-op experience at the same time. I took one semester off to go to Honduras to build roads, and I did some design work on that. So, in a way, I created my own co-op experience.

What was your most memorable experience in college?

In the late 1980s, there was a stretch of 40 days of nearly zero-degree temperatures and school was closed for five days. I lived in the dorms off-campus behind Exchange Street, and we had a lot of fun during that stretch of snow days.

What about GPD appealed to you? What has kept you there?

I started at GPD in 1990 and never left. I have always really liked that the company is employee owned because everyone has skin in the game. Back when I started, there were only 37 employees and now there are over 700. Even though we have grown so much, our employee ownership structure makes sure everyone still has a voice in the company.

I also really like that GPD works on such a large variety of projects. We work on everything from schools to restaurants to urban planning projects which allows us to make wide scale impacts on our communities in many different ways. I think it is great that rebuilding infrastructure or working with FirstEnergy to rebuild the power grid helps people right here in Akron. I’m at the point in my career now where I’m now seeing projects happen for a second time. Take Main Street downtown – thirty years after the original project, they rebuilt it again.

I am most proud of the GPD Employees Foundation. This year we are giving out $800,000 in grants to K-12 public schools and organizations who support at-risk children and those with medical and special needs. It is incredibly rewarding to see the differences that we make. It is so important to support and reinvest back into your communities because strong communities are good for business.

What are your responsibilities as President?

My focus for the past few years has been on the Foundation, our culture, and business development. We are constantly navigating what it means to be employee-owned and redefining it as we grow. As you can imagine, the pandemic enhanced those responsibilities and needs even further. The nature of our work and the importance of in-person collaboration and job site visits make it very challenging to operate remotely. Not to mention, we have 47 active co-op students who require and deserve collaborative training experiences. Because of this, we have been 100% back in the office since June. This allows us to make sure we are meeting the needs of our staff, co-ops, and clients.

What advice would you tell the younger version of yourself who was just starting out in the field?

Participate in the co-op program.

Who do you look up to and why?

My dad. I inherited my work ethic and loyalty from him. After leaving the Navy, my dad grew from being a lineman to the president of the AFL-CIO Local 270 utility workers union. He stayed at one place his whole career – same with me and same with my brother.

Under the Infrastructure Investment and Jobs Act, Ohio would expect to receive $9.2 billion for federal-aid highway apportioned programs and $483 million for bridge replacement. How does that shape future job opportunities for civil engineers?

This funding will trickle down to municipalities and consultant groups like GPD will go after these contracts. Not only is our roadway system and transportation system aging, but so is our water infrastructure. Fixing all of this involves the work of civil engineers. I see all the engineering disciplines as having a big role in rebuilding too. It is a great time to pursue a career in these fields because there will be a huge need to hire qualified engineers to do this work.