The University of Akron
Board of Trustees

Members of the Board of Trustees

About our Advisory Trustees

Officers of the Board

Executive Officers of the Board

Professional Staff Officers of the Board

M. Celeste Cook
Secretary of the Board of Trustees,
Vice President and General Counsel

BIOGRAPHIES OF BOARD MEMBERS

See the Trustees' Board committee assignments. 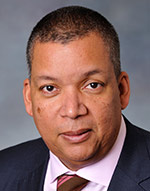 Lewis W. Adkins Jr., was appointed to a term beginning Feb. 3, 2017. A graduate of Akron Law and a civic leader, Mr. Adkins is a partner and practice group manager in public law, regulatory and finance at Roetzel & Andress' Cleveland office. He serves as lead counsel to numerous large, public and private entities in Ohio and Washington, D.C. He also has acted as lead counsel for several multimillion dollar development projects. His clients include public and private entities, as well as diversified energy companies, governmental entities, housing authorities and nonprofit organizations.

He is the former board chair of the Akron Urban League. His community affiliations include Alpha Phi Alpha Fraternity Inc.; the Cleveland Urban League; the Greater Akron Chamber of Commerce, where he is a member of the Nominating Committee; and the Summit County Consumer Affairs Board. (Term expires 2025) 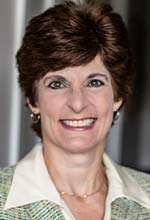 A Cuyahoga Falls resident, Carter works as a project manager for Crasi Homes, Inc. She previously served for more than 20 years as an attorney and office manager for Emershaw, Mushkat & Schneier, with a primary practice in the areas of probate, elder law and worker’s compensation.

Carter is vice president of the CHC Foundation, which supports the activities and goals of CHC Addiction Services, an addiction services agency in Summit County. She is also a member of the Board of Directors for Carter Lumber, former Board member of the Home Builders Association of Summit and Portage County, and a former elected member of the Tallmadge Board of Education.

A graduate of Western Reserve Academy, Carter earned a Bachelor of Science and Bachelor of Arts in Business Finance from UA as well as a Juris Doctor from the School of Law. (Term expires 2030)

Alfred V. Ciraldo, M.D., Vice Chair, appointed on October 28, 2013, graduated from Walsh Jesuit High School (1972), The University of Akron (1976) and The Ohio State University College of Medicine (1979). A board-certified general surgeon at Summit Surgical Associates Inc., he practices at Summa Health System and Cleveland Clinic Akron General Medical Center. He is a Fellow of the American College of Surgeons and a member of the Ohio State Medical Association and American Medical Society. Dr. Ciraldo serves on the SummaCare Utilization Review Board, University Park YMCA Board and Summit County Republican Party Executive Committee. He also takes annual medical mission trips to the Dominican Republic with Medical Ministry International. A “regular” in area 5K runs and the Akron Marathon Team Relay, Dr. Ciraldo is a long-time sponsor and team captain with the Susan G. Komen Akron Race for the Cure. (Term expires 2022) 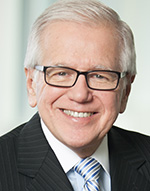 Joseph M. Gingo is the retired Chief Executive Officer, President and Chairman of the Board of A. Schulman, Inc., after having led the company from January 2008 through December 2014, and from August 2016 through August 2018. He was appointed to the Board of Trustees for a term beginning on March 25, 2016.

Previously, Mr. Gingo was employed by the Goodyear Tire & Rubber Company for more than 40 years. From June 2003 through December 2007, he was Executive Vice President, Quality Systems and Chief Technical Officer at Goodyear. In this role he was responsible for Goodyear’s Research, Tire Technology and Engineering and Quality organizations. He was also responsible for new product introductions and continuous improvement activities globally and the relationship with Goodyear’s global partner Sumitomo Rubber Industries. Prior to that, he held numerous domestic and international leadership positions in the company’s technical organization and business units including Asia, Aviation Products, Off-the-Road Tires, Engineered Products and Racing.

Mr. Gingo was born in Akron, Ohio. He earned a bachelor’s degree in chemical engineering from Case Institute of Technology (now Case Western Reserve University) in 1966, and earned a law degree from the University of Akron in 1971. In 1982, he was selected for the Sloan Fellowship program at Massachusetts Institute of Technology, and he received a master’s degree in business management from the program in 1983.

Mr. Gingo is active in the following business associations and community activities:

Mr. Gingo and his wife Linda live in Wadsworth, Ohio. They have one son who resides in Akron with his wife. (Term expires 2023) 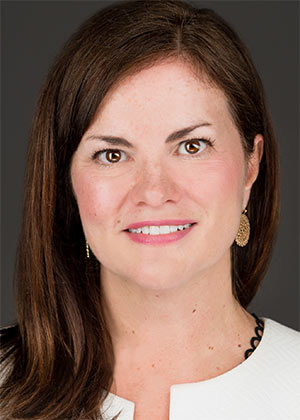 Mayer is president of GAR Foundation where she guides the foundation’s strategic direction and annual grantmaking, which focuses heavily on education and economic development.

An Akron native, Mayer practiced commercial litigation and business law for eight years with Buckingham, Doolittle & Burroughs in its Columbus, Cleveland, and Akron offices. She joined GAR Foundation in 2001 as a program officer. She was named president of the foundation in 2012.

She also serves as a trustee of the John S. and James L. Knight Foundation. She chaired the board of United Way of Summit and Medina when that organization transformed its business model to focus on four Bold Goals. She was a founding board member of ArtsNow, which works to leverage the arts and culture in Summit County to support and strengthen the region’s economic and social vibrancy.

Mayer has been named to the Inside Business Power 100 list of Most Influential Leaders six times and has received the Women’s History Project of the Akron Area’s Woman of the Year award for her innovative efforts to strengthen the arts landscape in Akron.

She earned a Bachelor of Arts in English from Duke University and a Juris Doctorate from The Ohio State University. (Term expires 2028) 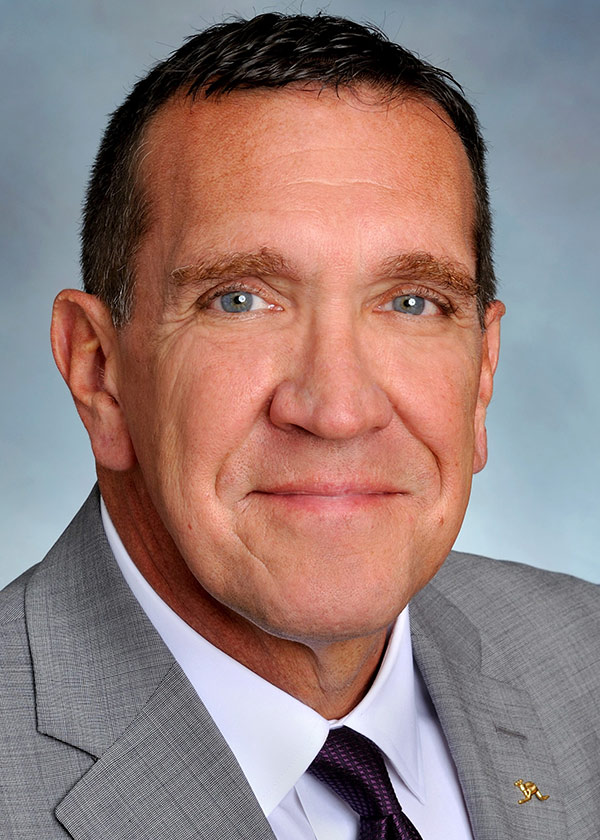 As head of the Columbus-based Compass Consulting Group, LLC, Mr. Needles has a proven track record of developing and successfully executing comprehensive government relations and media strategies. He is an expert in advocacy of state, federal and administrative issues across a broad range of public policy areas.

Prior to his work at Compass Consulting Group, Mr. Needles served in the state and federal governments for 15 years, including positions such as senior adviser to former Ohio Gov. George Voinovich, special assistant to former President George H. W. Bush and as a congressional press secretary and legislative assistant on Capitol Hill.

An experienced volunteer, Mr. Needles has served under four Ohio governors as chairman of the Ohio Higher Educational Facility Commission and was also appointed by Kasich to the Ohio Motor Vehicle Dealer Board. Mr. Needles also founded a nonprofit that awarded more than 400 educational scholarships to low-income Columbus families, and was the pro bono president of a program that helps at-risk and disadvantaged students in Ohio. (Term expires 2027) 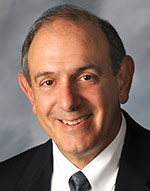 Mr. Scala joined Kenmore in 1972 and served as Controller from 1975 to 1981, President from 1982 to 1985, and President and Chairman since 1985. Previously, he was a Field Accountant for Touche, Ross and Co. He earned a bachelor’s of science in accounting from The University of Akron in 1975 and later attended its School of Law. In the community, he has served as a board member and Chairman of the Board at Archbishop Hoban High School in Akron and as a member of the Foundation Committee at the Interval Brotherhood Home in Akron. (Term expires 2024)

Bryan C. Williams was appointed to a term beginning March 3, 2021.

A Fairlawn resident, Mr. Williams is director of government affairs for the Associate Builders and Contractors of Ohio. He was an elected member of the Ohio House of Representatives from 1997-2004 and was a court administrator in the Summit County Juvenile Court from 1991-1997.

Mr. Williams previously served as a member of the State of Ohio Board of Education and director of the Summit County Board of Elections. His volunteer experience also includes board appointments with the Akron Civic Theatre, Porthouse Theatre, Downtown Akron Kiwanis, and the Annunciation Greek Orthodox Church, among other organizations. 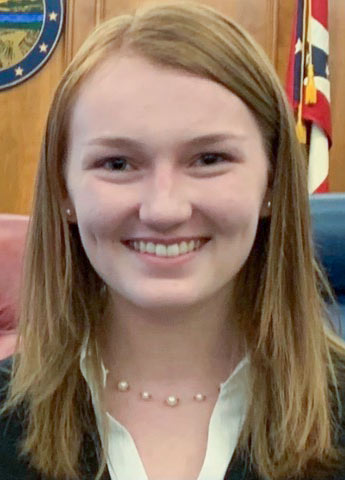 Campbell is a graduate of Revere High School and has been an active community volunteer. She recently served as a member of the Ohio Attorney General’s Teen Ambassador Board where she worked with the Ohio Attorney General’s Office to discuss issues affecting Ohioans, such as mental health resources, the opioid epidemic, and COVID-19, and was a member of Junior Leadership Akron where she learned about the local Akron community and became familiar with issues impacting Akron.

At UA she was part of the Emerging Leaders Program and Residence Hall Government, and is currently a research assistant in the Tiered Mentoring Research Program, a volunteer tutor with Zips for Akron Hope, a member of Phi Delta Epsilon International Medical Fraternity, and acts as the Service Chair for Delta Zeta Sorority.

Campbell has maintained a 4.0 grade point average at UA as a biomedical science major and has been honored as a member of the President’s List and Sigma Lambda Honorary. She also won an A-Key Gold Award at the UA LIFE Awards and is a member of the Williams Honors College. (Term expires 2023) 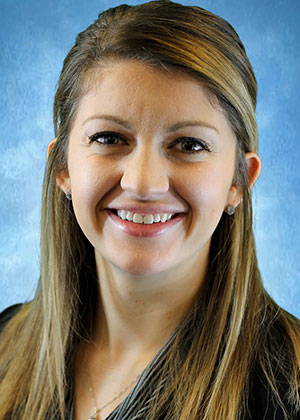 McKenzie K. Gerzanics was appointed as a Student Trustee by Gov. Mike DeWine on July 31, 2020.

A Cuyahoga Falls resident, Gerzanics earned a bachelor’s degree in Sociology, Criminology and Law Enforcement at UA and is currently enrolled in the School of Law.

Prior to enrolling at UA, Gerzanics enlisted in the United States Navy where she served as a hospital corpsman and aviation medicine technician, working as part of a three-person medical team to provide care for 235 sailors. After her term of enlistment, she returned to civilian life and served as a medical secretary at Akron Children’s Hospital before enlisting in the Army National Guard where she remains active. She currently serves as a veteran liaison in UA’s Military Service Center, helping University staff process and verify educational benefits for student veterans. (Term expires 2022) 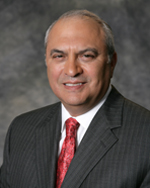 Anthony J. Alexander, named an Advisory Trustee in August 2013, is the retired president and chief executive officer of FirstEnergy Corp.

Christine Fowler Mack was appointed as an Advisory Trustee effective March 2022. Named superintendent of Akron Public Schools (APS) in 2021, she leads the 21,000-student system with more than 4,100 teachers and staff and a budget of more than $565 million.

Immediately before joining APS, Mack was responsible for overseeing school accountability, portfolio management and community engagement functions as chief portfolio officer of the Cleveland Metropolitan School District. She previously had served the Cleveland Heights-University Heights School District as interim superintendent and assistant superintendent. She earned her Bachelor of Science and her Master of Arts degrees from The University of Akron and her superintendent's license from Ashland University. She also is a Martha Holden Jennings Scholar and recipient of Summit County Leadership Academy's Emerging Leader Award. Mack also was named Akron Public Schools Coach of the Year and was the recipient of the Heights Association of Black School Educators Award and the Cleveland Heights-University Heights Schools Educational Leadership Award. (Term expires March 1, 2025)