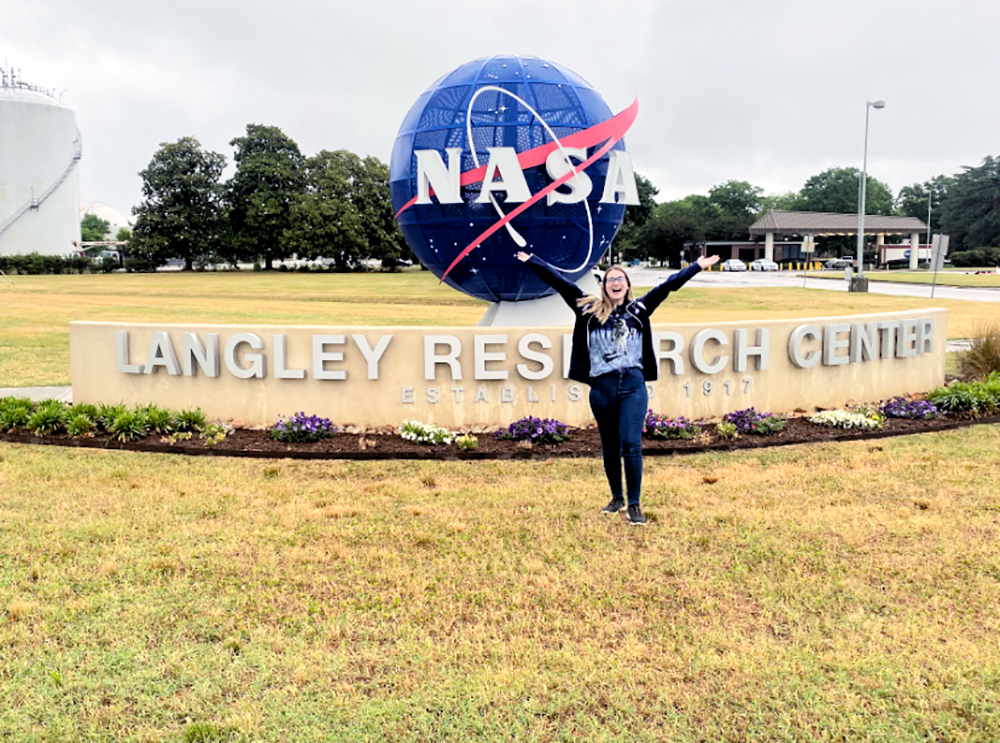 What are your general co-op duties?

I am an intern on a project called CLARREO Pathfinder (CPF). CPF is a system that will be used on the SpaceX Falcon 9 rocket launch to the International Space Station (ISS) in December of 2023! The data it collects over the course of several years on the ISS will help us better understand Earth’s changing climate.

As a systems engineer, part of my job is to manage all of the requirements that come with an ISS payload. More specifically, I was asked to create an “Enhanced Verification System” that automates our verification closure process. After the CLARREO Pathfinder team successfully used this system, I worked to make the system repeatable and adaptable, with the hope that other projects can use this capability.

What surprises/unexpected outcomes have your experienced on co-op?

I was surprised to see how much of an impact I was able to make on actual NASA missions. Not only did the CLARREO Pathfinder team use the system I had made, but my project was presented at an agency wide system engineering conference where engineers from the NASA Johnson Space Center were interested in my work! I am currently in the process of working with these other teams to hopefully get my system up and running for them.

What has been the coolest part of your co-op experience?

The coolest part of this experience is the realization that this is a lifelong dream come true. I have wanted to work for NASA for as long as I can remember. The last few years whenever classes got hard, or an exam didn’t go as well as I had hoped, I would watch rocket launches to remind myself why I am pursuing such a hard major. Few things make me more emotional than knowing that a year and a half from now I will be standing at Kennedy Space Center watching a rocket launch with my project on board.

How will your co-op influence your career?

As a pathways intern, after I graduate, I will meet the requirements to convert into a full-time civil servant at NASA. I plan to stay with the CLARREO Pathfinder team through launch, and hopefully find another space flight project just as cool as CPF after. 😃

What have you learned as a co-op that you wouldn't have learned from your coursework?

Confidence! I realized how much I had grown as a person at the end of my first internship rotation. When I finished giving a 30-minute-long presentation on my work to a bunch of NASA engineers, I realized I was excited and happy. A few months before that I would have been too nervous to do a five-minute presentation to classmates. Knowing that I am contributing so much to such a huge and important mission is a big confidence boost.

Learn more about our Engineering Co-op and Placement Program