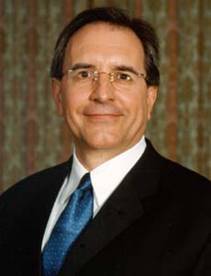 Karl Kempf, a native of Lima, Ohio, earned a BS in Chemistry and a BA in Physics (as a Mathematics major) from Otterbein College, Westerville, Ohio. After joining Goodyear Tire and Rubber Company in their domestic racing division, he began working towards a PhD in Polymer Science under James Harwood, first as a part time student, then full time. Although he completed his course work and research in 1975, he joined Goodyear's International Racing Division in Europe, defending his thesis and graduating in 1977.

The first segment of Kempf's talk will provide an overview of his research and development work while on loan from Goodyear to Ferrari SpA in Italy. During this time Ferrari won the World Championship 3 times, and Kempf co-invented "active suspension" for racing cars. The second segment will provide a view of Kempf's R&D work at Pinewood Movie Studios in England. Here he developed one of the first computer-aided rigs that was subsequently used to create the "flying effects" in the SuperMan series of movies that won an Academy Award for special effects. In the third segment, Kempf will describe his R&D work at McDonnell Douglas on the automation of the original NASA space station and of aircraft production facilities using robots. Extending this theme, he will also address his work at Intel Corporation on the design, construction, ramping, and operation of semiconductor manufacturing facilities. In the fourth and final segment of the presentation Kempf will focus on his current work concerning the management of Intel's supply-demand network.