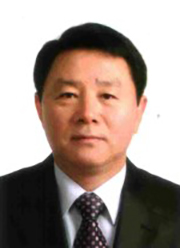 Jungahn Kim received B.S degree in chemical engineering from Seoul National University in 1980 and M.S. and a PhD. in Polymer Science from the University of Akron. He finished his postdoctoral work in the University of Akron for 1 year and, then, was employed for 15 years at the Korea Institute of Science and Technology before moving to the Kyung Hee University. He has worked as a full professor at the Kyung Hee University since 2005 and is an elect-president of the Polymer Society of Korea for the service in 2015, which is the 2nd biggest academic society in the chemistry field having 3,500 members in Korea. He is a Council member of the Federation of Asian Polymer Societies (FAPS) consisting of 15 Asian countries including four main countries such as Korea, Japan, China, and India. Professor Kim supervised more than 50 graduate students and has published over 160 papers. He has received the following honor: the Prime Minister Prize from the government in the ceremony of the 2nd Chemical Industry Day in 2010.