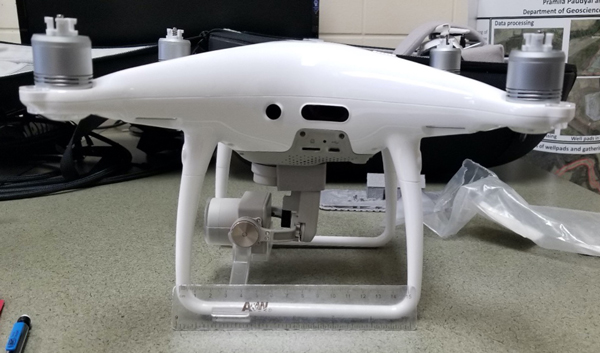 Gavin DeMali, a senior student pursuing a B.S. in Geology with minors in Arabic and Anthropology, applied for a Student-Driven Initiative to design a UAS (drone) deployable air quality sensor to monitor fugitive methane emissions using affordable modular hardware components and open source software libraries. Methane is a colorless flammable gas commonly used as an energy source. Acute exposure can result in headaches, nausea, loss of consciousness, and suffocation in high enough concentrations, as well as leaks posing a fire hazard. Alongside its volatile properties, it is an extremely potent greenhouse gas. Although proportionally methane only accounts for 10% of atmospheric greenhouse gas composition, it has a global warming potential 104 times greater than that of carbon dioxide over a 20-year period. This risk is in part offset by the relatively short lifespan of CH4 in the atmosphere, however methane leaks have been rising since the 2000’s likely due in part to increased hydrocarbon exploitation and associated infrastructure failures such as pipeline leaks. Further, 2018 saw the second highest increase in atmospheric CH4 (10.77ppb) in the last century, and a July 2018 study published in Science found that current methane emissions are about 60% higher than what is reported by the US EPA’s inventory estimate. These facts demonstrate the substantial environmental and societal impacts posed by fugitive methane emissions, amplifying the existing greenhouse-gas crisis. 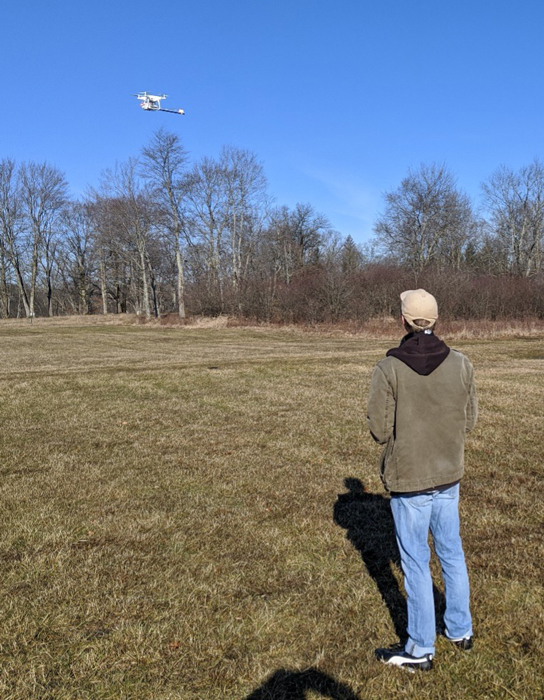 On a local level, fugitive methane emissions pose a particular problem for Bath Nature Preserve, a public park in Bath Township that hosts a field station in partnership with the university and is the site of a variety of environmental and ecological monitoring and restorative efforts. This site is cross-cut by two subterranean natural gas pipelines, nine natural gas wells, and several storage tanks. Thus, such a situation poses both short and long term societal and environmental risks - particularly considering the current lack of data to document existing local emissions. Gavin’s project aims to help ameliorate this problem by mapping methane emissions at the Nature Preserve. In the short term, detecting leaks as they occur would help to minimize human health risks associated with methane exposure, while also reducing the risk of property damage or even death that could be associated with a major leak. In the long term, having a reliable method to detect potential emissions at any time (versus the very restricted time frame associated with costly traditional remote sensing techniques using airplanes or satellites) would yield environmental benefits in the identification, remediation, and subsequent reduction of fugitive methane emissions. Furthermore, there would be the additional passive benefits-both short and long term-afforded by the educational opportunities this system could provide when used in a classroom environment. Finally, extending from the accessibility of this design, the dissemination of this design could have long-term benefits for the community from citizens having access to more and better data on methane emissions particularly and air quality in general, allowing the community to be better-informed and to make more well-educated decisions in light of such information.