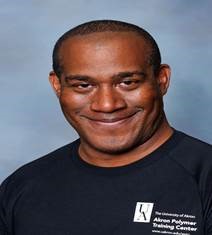 Christopher (Chris) Paige holds a M. S. Degree in Plastics Engineering - 2005 (University of Massachusetts – Lowell) and a M.S. Degree in Polymer Chemistry – 1991 (University of Cincinnati). He is a member of Society of Plastics Engineers (SPE), American Chemical Society (ACS) and America Society of Materials (ASM) and has over 30 years’ experience, working in Industry. As a Laboratory Manager, at the University of Akron, Chris performed numerous hands-on plastics processing projects, for domestic and International corporate clients. He is a subject matter expert on Single Screw Extrusion, Twin Screw Extrusion, Blown Film Processing, 3-D Printing, Thermoforming and Injection Molding. Chris also trained Graduate and Undergraduate students on the hands-on operation of Large scale plastic processing equipment and characterization equipment (Thermal Analysis and mechanical Inston), while at the University of Akron.

If you have any questions or need more information about this course, please contact:

Registration information: Registration shall remain open until posted as closed on the course listing on this site.

Registrations must be guaranteed by check, a purchase order number or a credit card, otherwise the registration will not be processed. Checks should be made payable to "The Akron Polymer Technology Services Training Center" and must include a copy of your completed registration form. Course fees are due before attending.

All registrations—whether by online, phone, fax or mail—will be confirmed and considered binding and subject to all cancellation policies. If you do not receive a confirmation prior to the class, please call The Akron Polymer Technology Services Training Center to verify your registration.

ENROLLMENT IS LIMITED AND ON A FIRST-COME BASIS. EARLY REGISTRATION IS STRONGLY RECOMMENDED!

Visit our registration webpage to view our cancellation/withdrawal policy.