The University of Akron
Office of the President
About Dr. Miller Messages Strategic plan Multimedia Contact

Georgia Nix Miller brings her passion for education and community service to The University of Akron as her husband, Gary, begins his tenure as president. 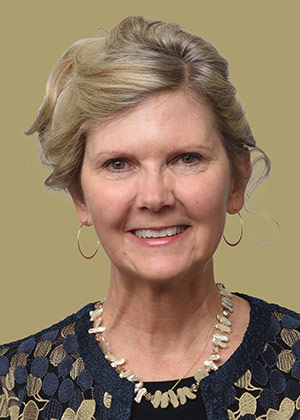 Miller has a strong background in both private and non-profit sectors. She began her career in Dallas with Arthur Young in Management Consulting where she worked with teams solving complex organizational challenges for national and international clients.

Later, while living in Oxford, Mississippi, she founded Family Crisis Services of Northwest Mississippi. The organization’s primary goal was to coordinate resources between public school districts, medical and human services providers, and law enforcement to better serve children and their families. During her time of leadership, the organization grew to a position of national prominence as a model program and provided services to thousands of children. In her honor, the Georgia Nix Miller Award was established at The University of Mississippi in recognition of a student serving the community.

Miller later served as CEO of the American Red Cross - San Joaquin Chapter where she organized and worked with relief workers after the California Central Valley Flood and Hurricane Katrina Disasters of 2004.

Known for serving the community, Miller has shared her expertise with a variety of boards and non-profit organizations within the various cities her family has called home.

In Wilmington, N.C., she served on the boards of Thalian Hall Center for the Performing Arts, Historic Wilmington Foundation and UNCW’s Women Studies Resource Center. While there, she also partnered with Judy Girard, retired president of HGTV, to found Young Women Leading - a nonprofit to create and sustain the first single sex female public charter school in North Carolina.

While in Green Bay, Miller worked as a consultant for The Greater Good, served on United Way Brown County’s Community Partnership for Children and actively participated in raising funds and distributing scholarships for local students to attend post secondary education.

Miller is a graduate of The University of Mississippi where she studied Biology and English Literature.

She and Gary have three adult children, five grandchildren and Ms. Kitty. She enjoys art, music, books, travel and the great outdoors.