Akron Law adds a former practicing physician to its faculty

As a practicing cardiologist and academic physician, George Horvath witnessed firsthand how U.S. laws affect healthcare access and delivery, the ways in which the intricate processes involved in the approval of medications and devices impact product availability and safety and the effect these issues have on patients and providers.

Now, after embarking on a second career in the legal profession, Horvath is utilizing his unique perspective and experiences as a doctor to teach health law courses at The University of Akron School of Law. Horvath officially joined the faculty as an assistant professor of law in the fall of 2020, after serving as a Fellow in Public Law at the University of California, Berkeley, School of Law for five years. 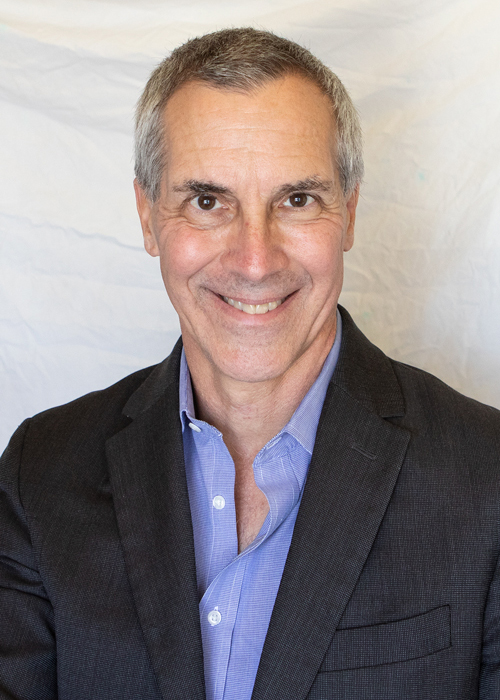 “The middle of the pandemic might seem like an unusual time to change jobs, but when the position became available it seemed like a good opportunity and I decided to take it,” said Horvath.

“Akron Law is a smaller school, which I like. The school’s small size and culture facilitate a close, collaborative relationship between the students and the faculty.”

“George Horvath is a scholarly, dedicated teacher and an excellent researcher and writer,” said Akron Law Dean Christopher J. (C.J.) Peters. “To my knowledge he is the only person on the full-time Akron Law faculty, at least in recent times, to have a medical degree,” Peters said. “I think he’s a great fit and we’re excited to have him.”

Born in Sewickley, Pennsylvania, Horvath grew up in the nearby town of Aliquippa, receiving his bachelor’s degree in biochemistry from Brown University.

After earning an M.D. from Temple University School of Medicine in Philadelphia in 1988, he moved to Los Angeles, where he was an intern and resident in internal medicine at Cedars-Sinai Medical Center.

Horvath then accepted a position as a Fellow in adult cardiology and cardiac electrophysiology at Northwestern University Medical Center in Chicago. “It was during my time at Northwestern that I first discovered I loved teaching,” said Horvath. “I was an academic physician, so I also saw patients and did research.”

Horvath returned to California in 1999, joining the staff of Berkeley Cardiovascular Medical Group as a cardiologist. “As a practicing cardiologist, I was privy to the many ways in which regulations and laws affected the U.S. healthcare system,” said Horvath. “It was both interesting and disturbing at the same time.

“I began thinking that becoming a law professor would be a great second career since I could impart my knowledge on the intersection of the two fields to new generations of lawyers,” he said.

After scaling back his medical practice, he began working toward his J.D. at the University of California, Berkeley, School of Law. “Because the law school was in the same place where I practiced, I was able to work during my breaks,” he said.

Upon graduating in 2014, Horvath served as a law clerk to U.S. Ninth Circuit Court of Appeals Judge John T. Noonan Jr. Horvath started working at the University of California, Berkeley, School of Law in 2015, where he taught health law, torts and veterans law. Horvath spent his first semester at Akron Law teaching torts to a hybrid in-person and remote 1L class.

“It’s kind of a crazy time,” said Horvath. “Most of my interactions with my colleagues have been via Zoom and Webex and it’s been the same with many of my students.

“My hope is I will get to know more of my students in person during the spring semester, which began on Jan. 11. I am teaching health law, which focuses on regulatory relationships between providers and patients. This course involves upper-year students and I believe my background will be even more valuable to this group.

“I believe that the pandemic has exacerbated many of the challenges that exist in the U.S. healthcare system,” said Horvath. “I think we still have too many people who are uninsured and underinsured and the disparities of access have become worse. “I also believe we need to take a more national approach to the crisis in order to gain control over the pandemic.”

Horvath is working on creating a class on FDA law for the fall of 2021. “I’ve seen the struggles surrounding the FDA approval process and what happens when it’s less than ideal. I also believe that being part of the healthcare profession when the Affordable Care Act was unveiled gives me a different perspective, which I hope to bring to my students,” said Horvath.

“I think his medical background will be extremely useful in helping us expand our Health Law Certificate program,” said Peters. “We’ve had the program for a number of years but prior to George, we have not had a full-time faculty member to anchor the program.

“In addition to teaching courses and helping design and expand the law curriculum, I expect he will bring a lot of attention to the program with his research and writing. Since graduating law school, I know he has published a number of pieces in highly respected law reviews,” said Peters.

Horvath’s research has focused on the intersection of federal and state regulatory agencies, statutory and common law, the Constitution and federalism with the healthcare enterprise. He said a large part of his focus moving forward will be on building legal contacts within the northeast Ohio community. “COVID has made this a bit more difficult, but it is important so that I can be of value to my students,” Horvath said.