Akron educator and historian Dr. Shirla R. McClain understood the need to shape and to tell the African American story in Akron.

It was her doctoral dissertation and tireless efforts to collect information, which first inspired the concept of a gallery.

Dr. McClain (pictured right) collected and verified data at a time when it had not been done in Akron. Dr. McClain learned the stories, events, personalities, rituals, and myths of the community. Dr. McClain published this work as part of her doctoral dissertation, The Contribution of Blacks in Akron’s History: 1825-1975. 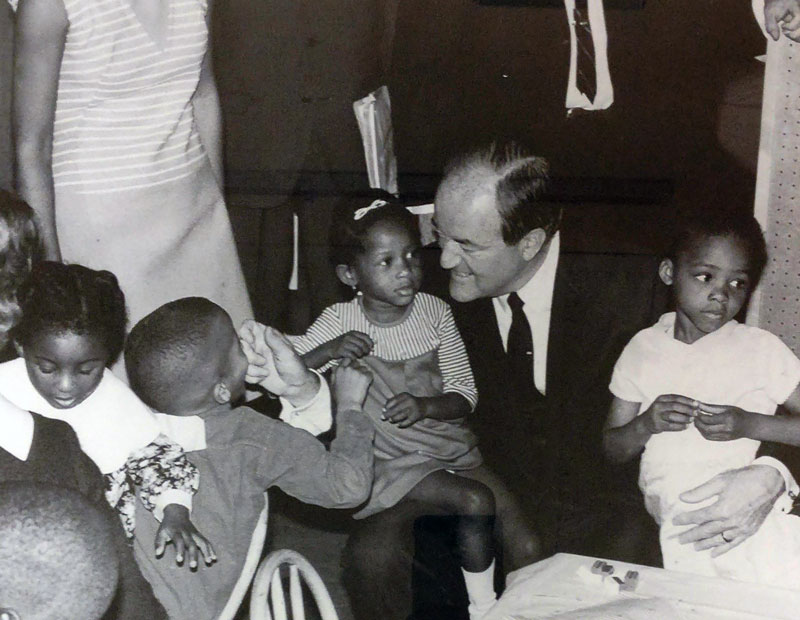 Vice President Hubert H. Humphrey visits with children in Elizabeth Park during a 1968 visit to Akron. This photo is part of the McClain Gallery collection, some of which is viewable on Facebook while the gallery's space in the Buckingham Building is temporarily closed for renovations.

Dr. McClain died after a 14-year battle with cancer. Dr. McClain published more than 15 articles and monographs, more than 45 scholarly papers. Dr. McClain is a recipient of the University’s Alumni Honor Award for Excellence in Professional Achievement in 1994. Dr. McClain is a 1956, 1970, and 1975 graduate of The University of Akron. Dr. McClain and Attorney Edward Gilbert served as co-chairs of the initial fund campaign for the gallery. Dr. McClain was busy collecting information and artifacts for the exhibit: The Playing Field, up to the time of her death.

History of the gallery

In 1975 the idea of a Gallery for Akron’s Black History was inspired by the Dr. Shirla R. McClain’s dissertation, The Contribution of Blacks in Akron’s History: 1825-1975. By 1985, the initial development of the gallery concept began to take root in the Akron community. The Summit County Historical Society’s effort to develop the John Brown Institute of Black History, and the oral history video project of Alpha Kappa Alpha Sorority, Inc. added vital life to the concept.

This as well as concerns for the Black Cultural Center were eventually addressed by the Presidential Blue Ribbon Task Force comprised of community leaders, students, faculty, and administrators, chaired by former State Representative Vernon Sykes. In 1992, after a year and a half of research and discussions, the Task Force submitted a report calling for the development of the Cultural Diversity Center, including the Gallery and Repository of Akron’s Black History.

The Gallery of Akron’s Black History opened in 1994 in the Buckingham Building at The University of Akron. Dr. Shirla R. McClain and Attorney Edward Gilbert served as co-chairs of the initial fund campaign for the gallery. Their efforts aided in creating an endowment to fund the gallery. Dr. McClain, along with the Gallery steering committee, collected artifacts and verified data to mount the first exhibit “Blacks in Education” in 1997. While working on the next years exhibit, Dr. McClain succumbs to a long battle with cancer. On January 10, 1998 the Gallery was renamed and rededicated as the Dr. Shirla R. McClain Gallery of Akron’s Black History and Culture.

The work of the Gallery remains a collaboration between the community and the University. Since its opening, the Gallery has sponsored two major art exhibits and five historical exhibits. 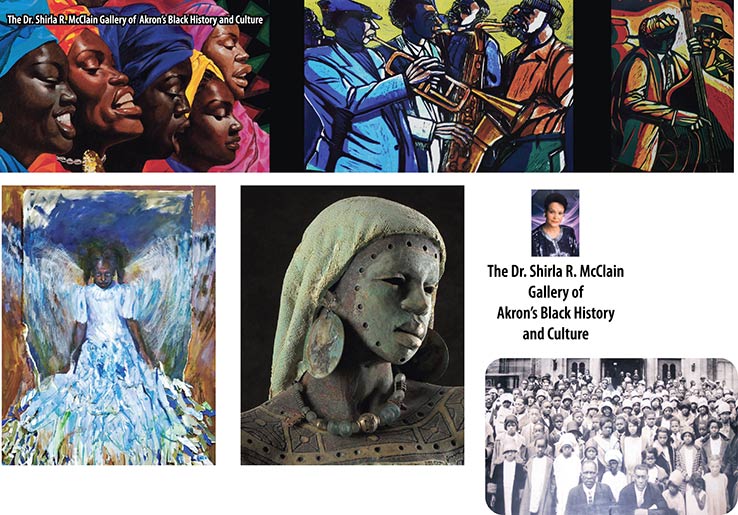