The University of Akron
Department of Development

Clara Irene Scheifley married Charles Landon Knight, an American lawyer and newspaper publisher, in 1893. In 1903, the couple purchased the Akron Beacon Journal. Their two sons, John S. and James L. Knight, went on to build the renowned Knight Newspapers. Her bequest of 180,000 shares of Knight Newspapers stock in 1965 was the first major infusion of assets to capitalize the John S. and James L. Knight Foundation.

The Clara I. Knight Plaza Fountain, in front of E.J. Thomas Performing Arts Hall on University Avenue, has paid tribute to Clara since 1973. The fountain is a UA student favorite, pumping 3,000 gallons of water per minute. It is the second largest morning glory fountain in the world.

The fountain welcomes entertainment-seekers to campus and makes a beautiful landmark setting for photography and is nestled along University Avenue, connecting UA to downtown. 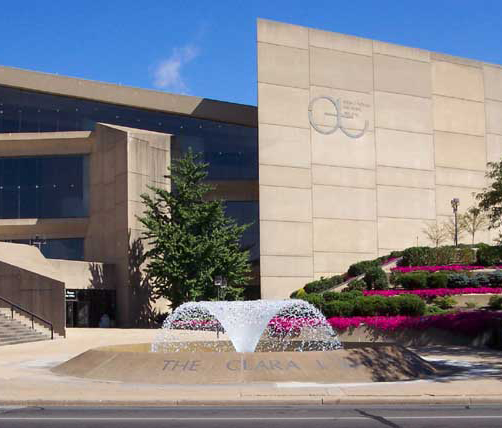 To honor a loved one through a named space opportunity on campus, please contact the Department of Development at development@uakron.edu